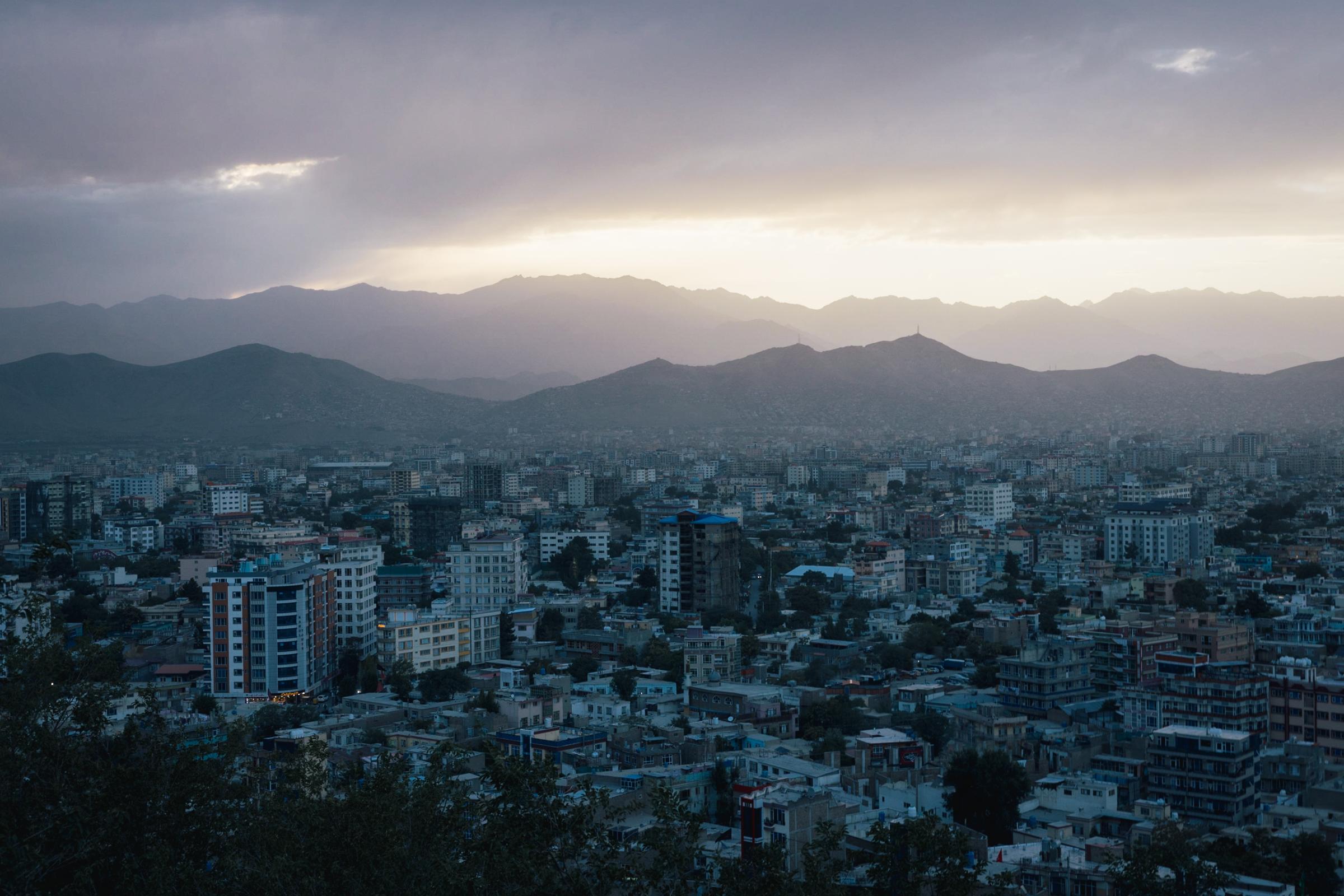 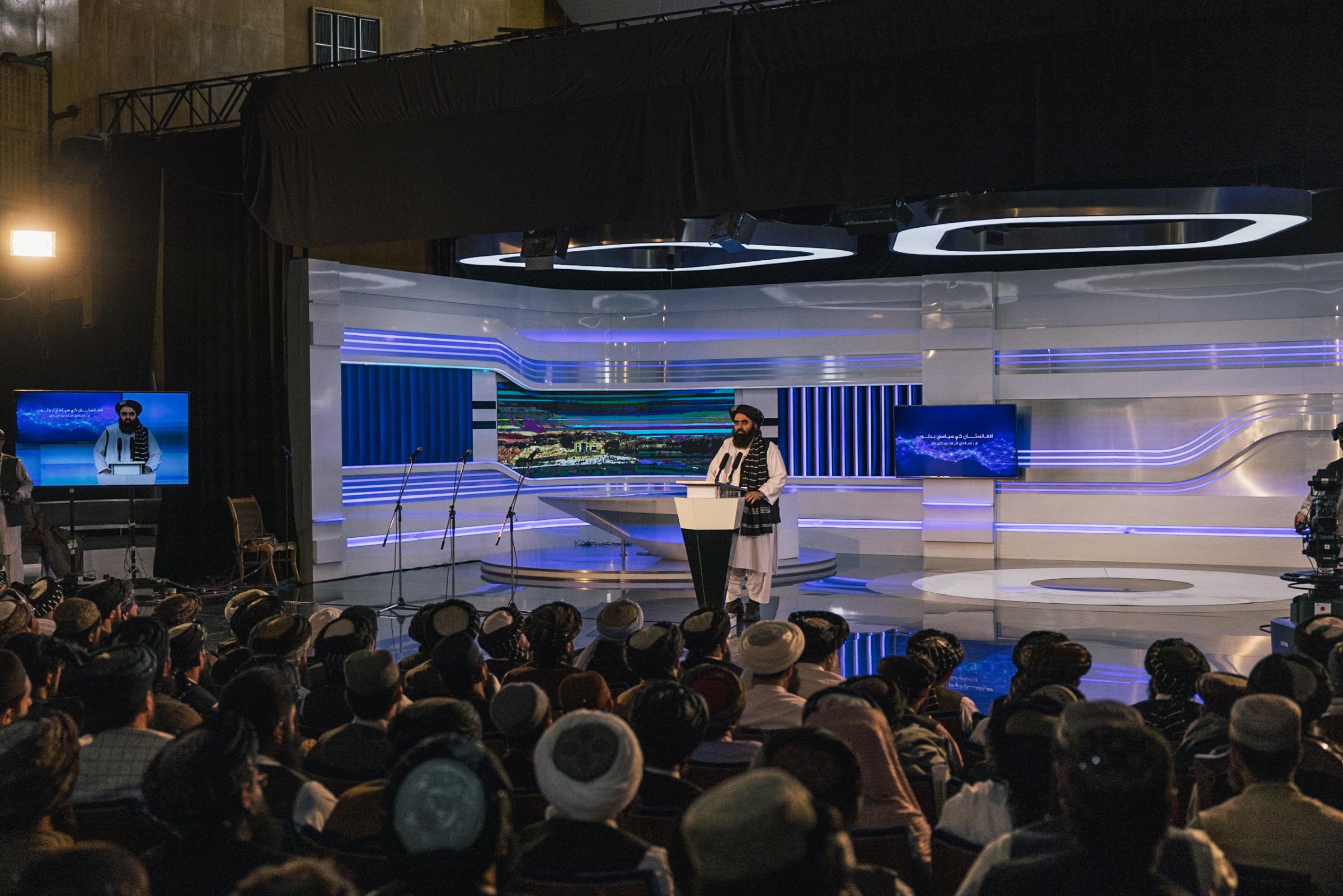 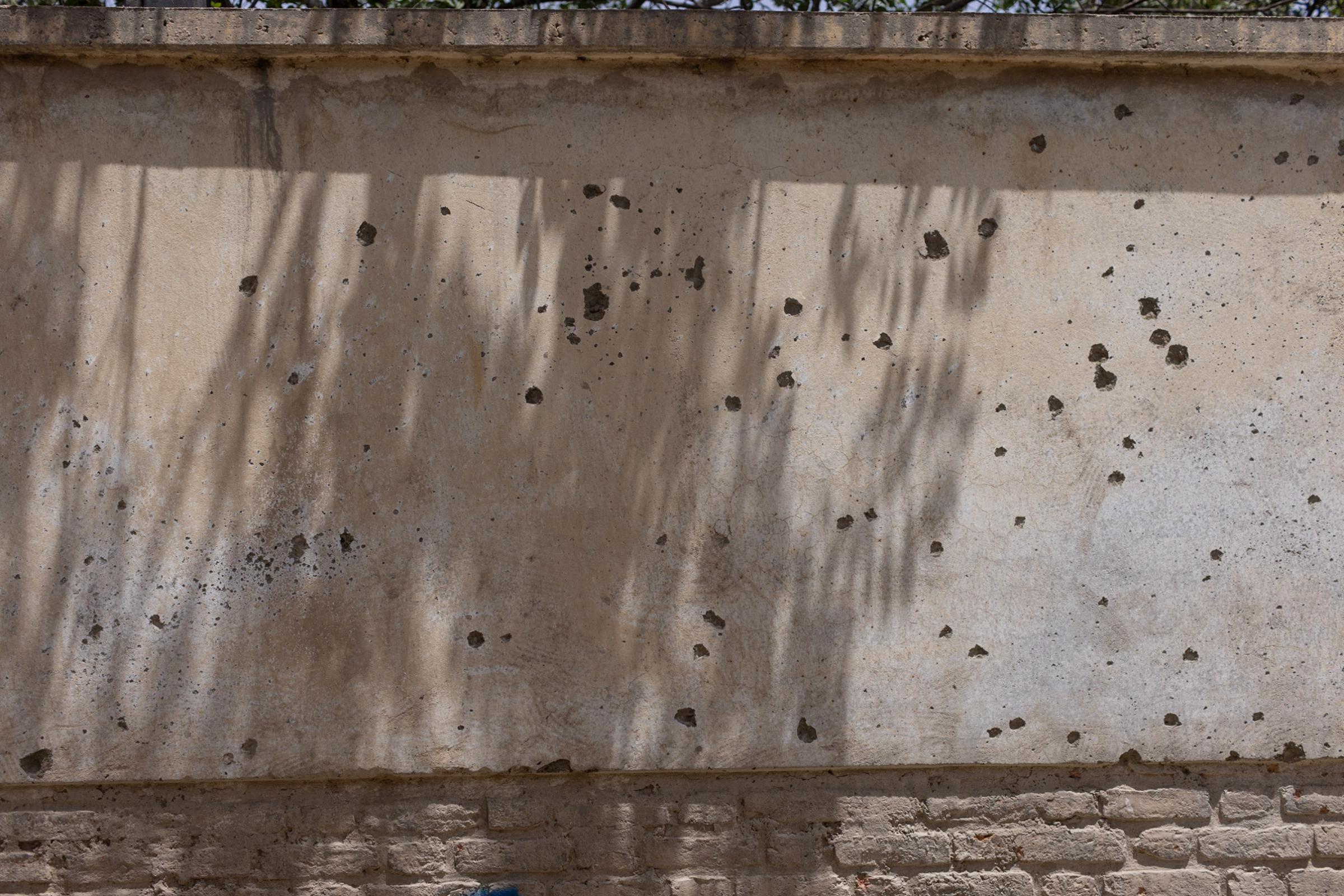 Abdul Rahim Boys High School was the target of two attacks by the Islamic State in April. At least 15 students were killed. 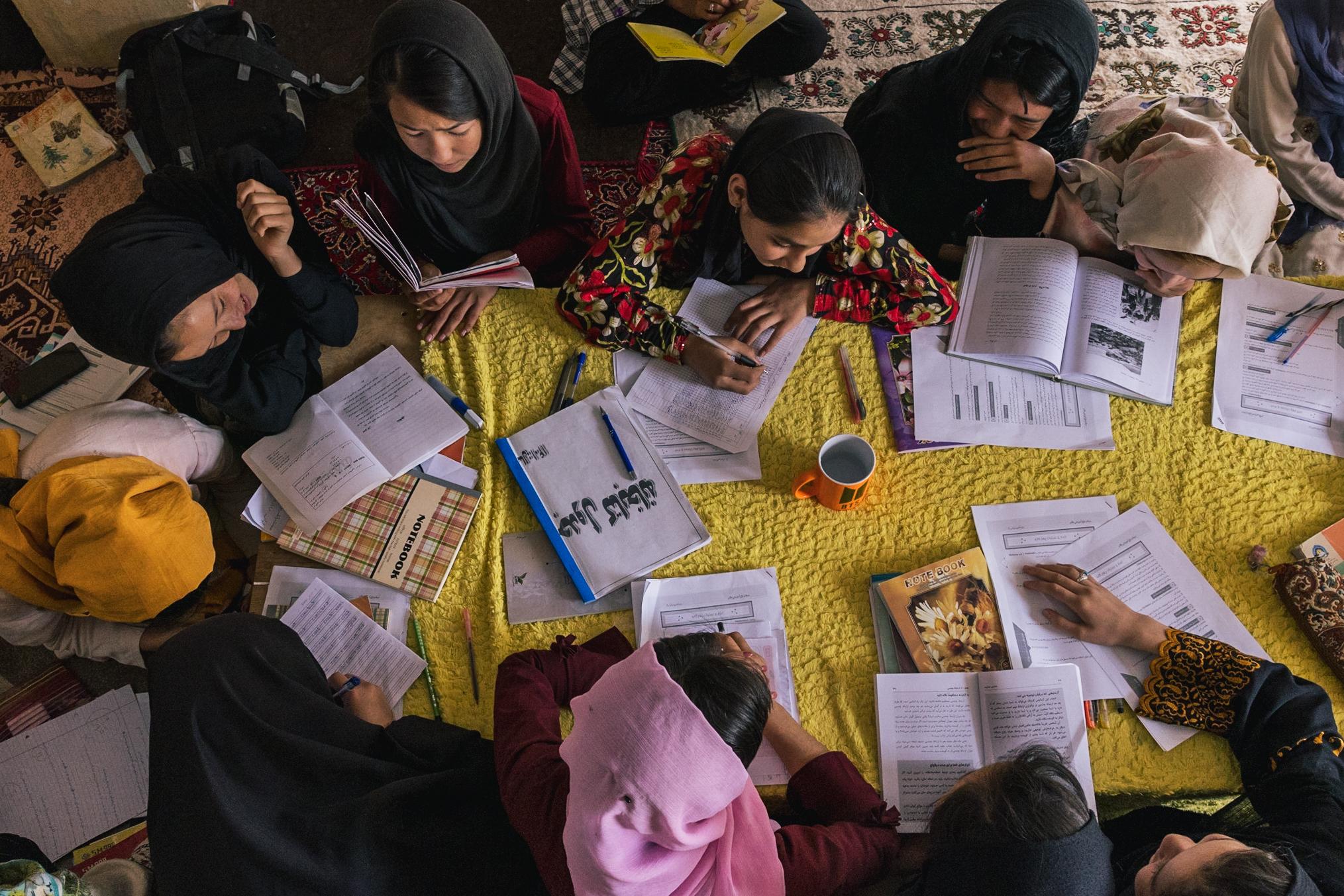 A secret girls' school in Kabul's Dasht-e Barchi district. Since the beginning of the Taliban's rule, girls have been forbidden to attend school from the 7th grade onward. 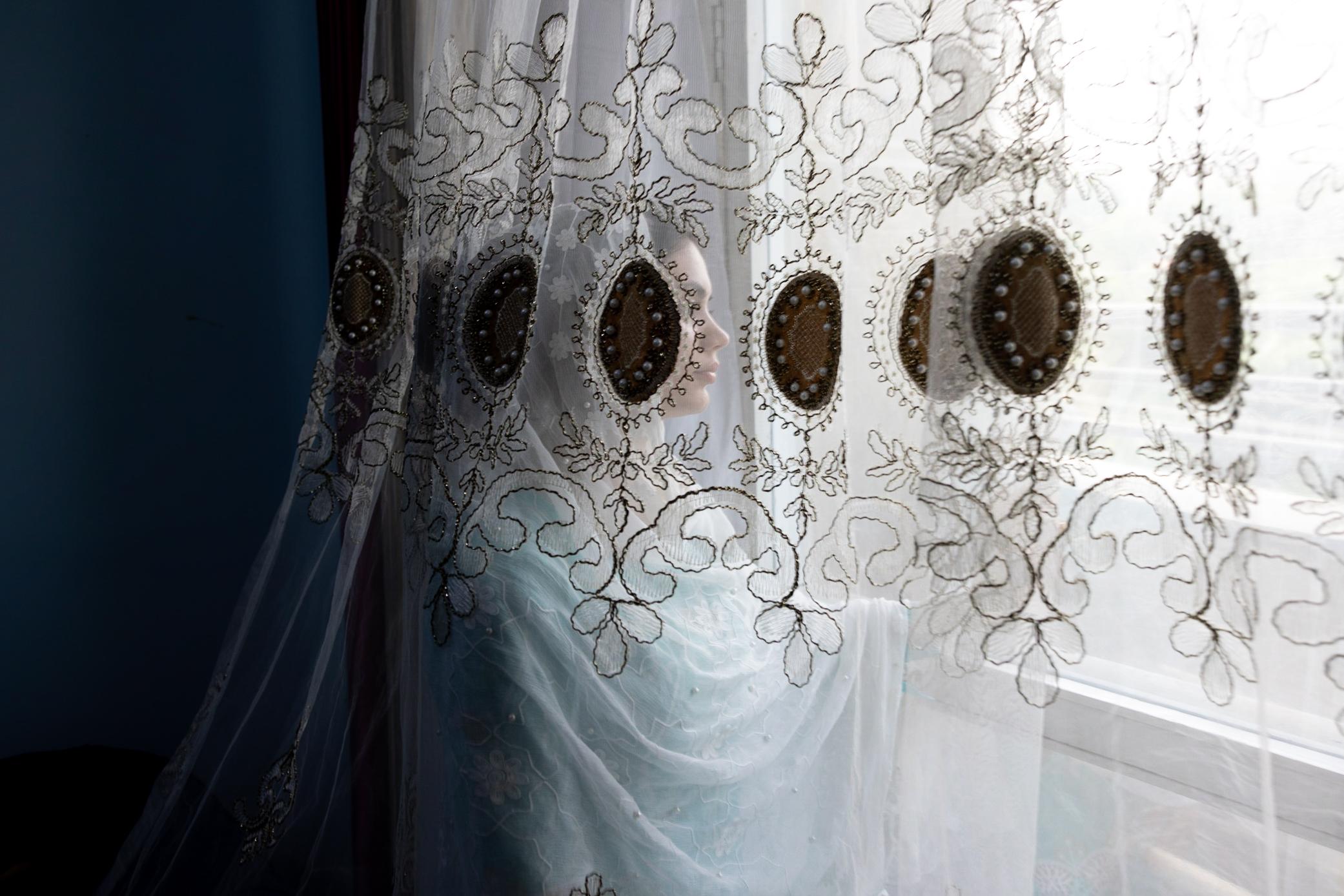 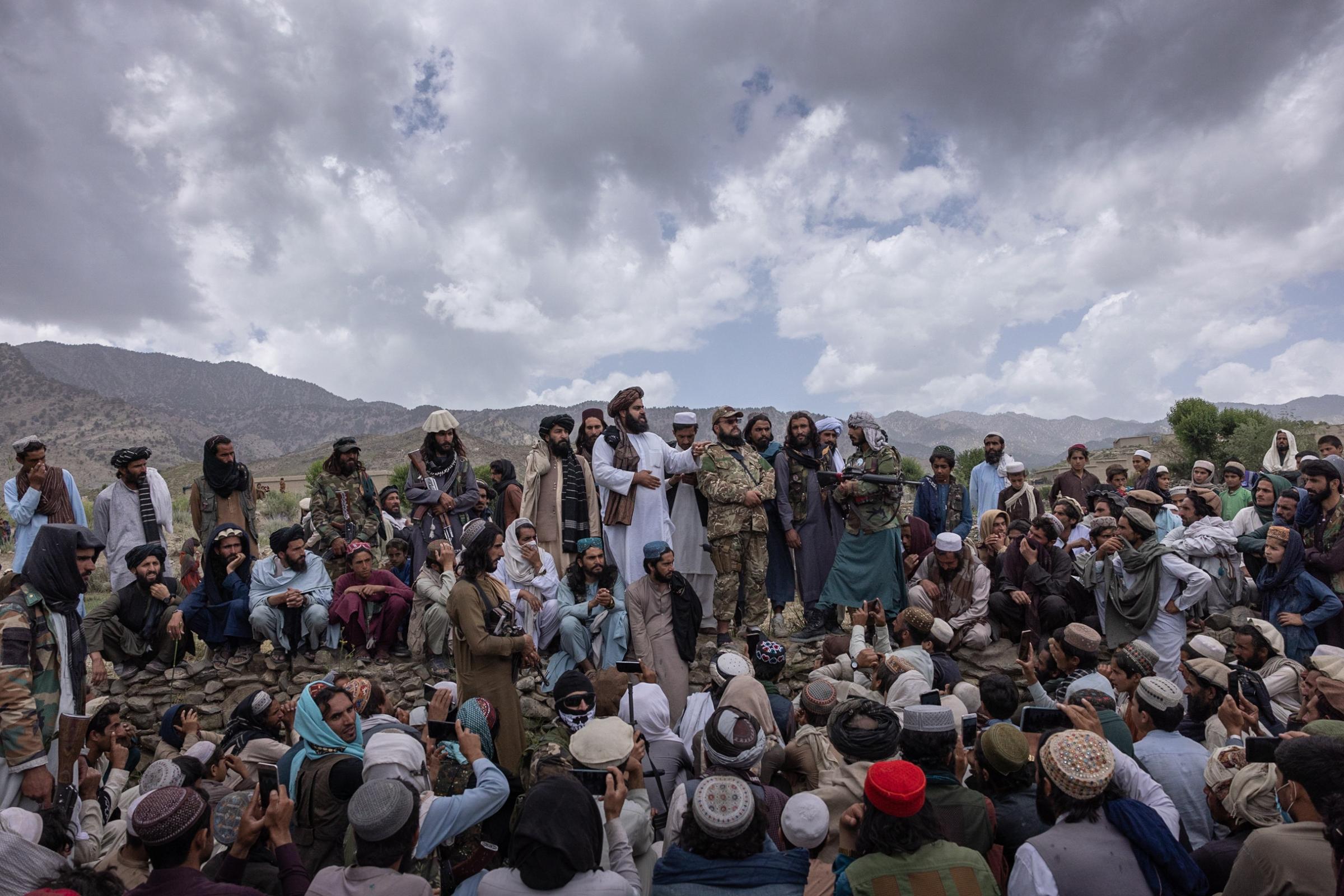 A Taliban governor speaks at a gathering for earthquake victims in Paktika province. 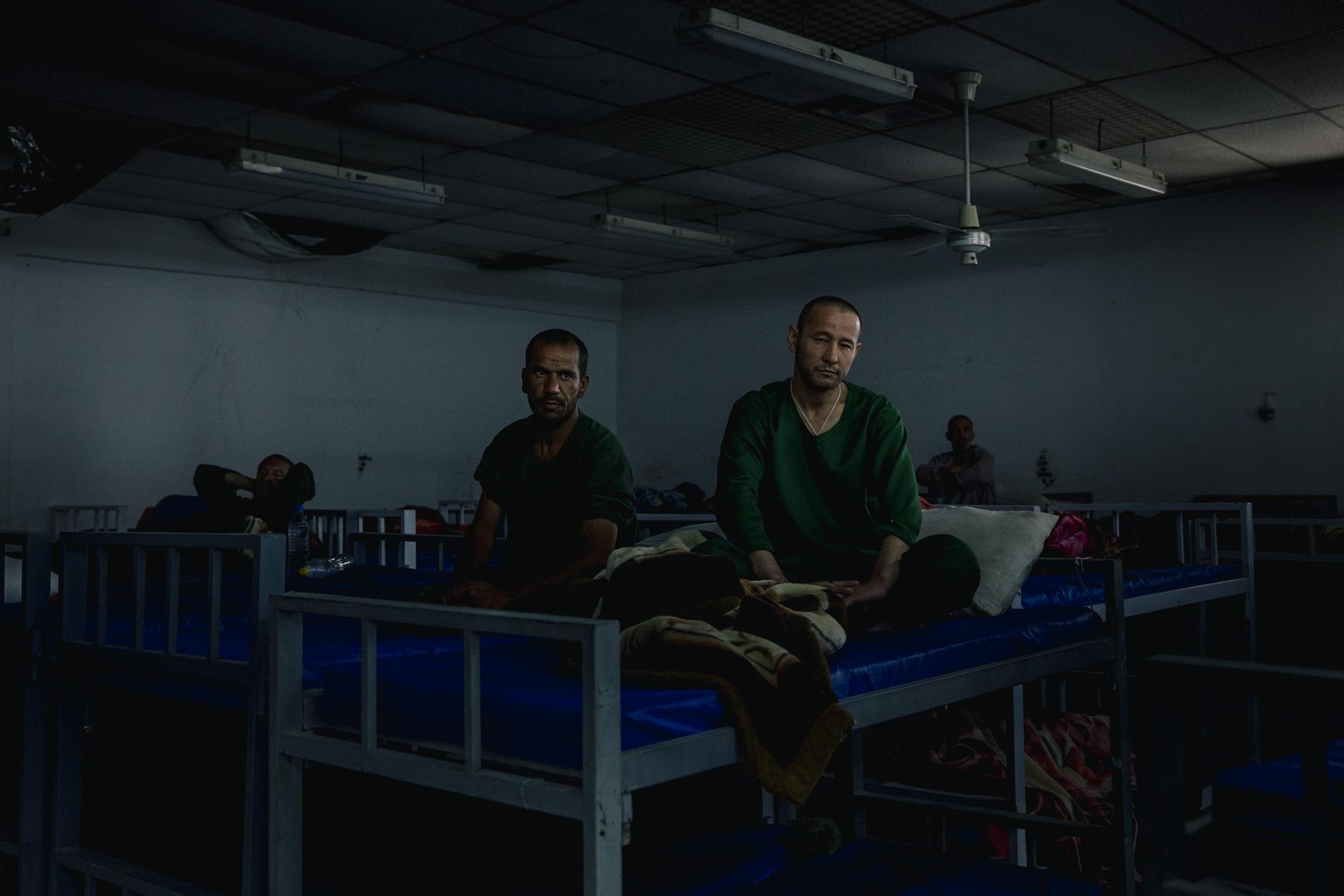 Mohamed and Abdul at a drug rehab clinic on a former NATO base in Kabul. More than 10% of the Afghan population suffers from drug addiction. 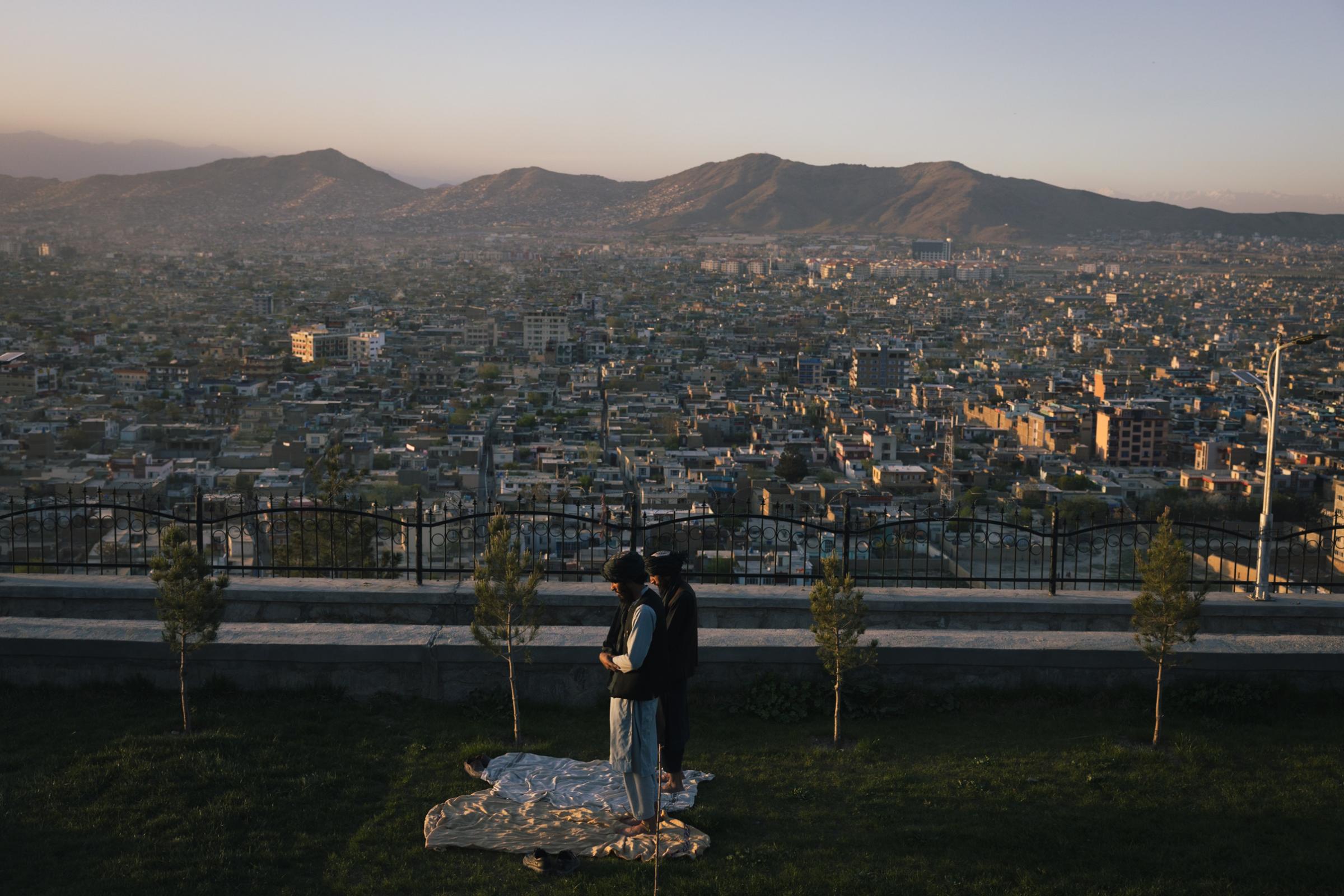 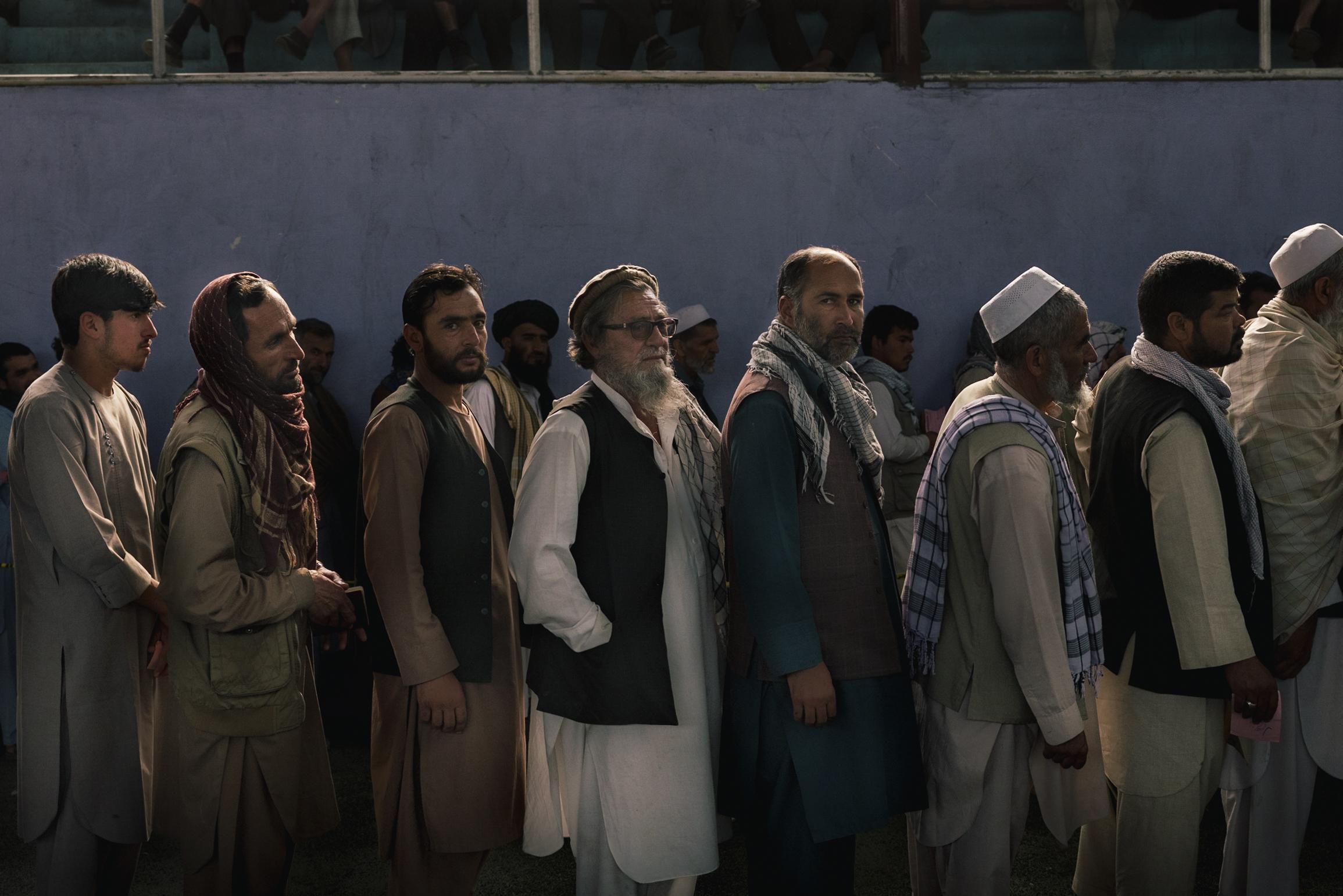 Men stand in line at a World Food Program food distribution. According to UN estimates, more than 95% of the Afghan population lives below the subsistence level. 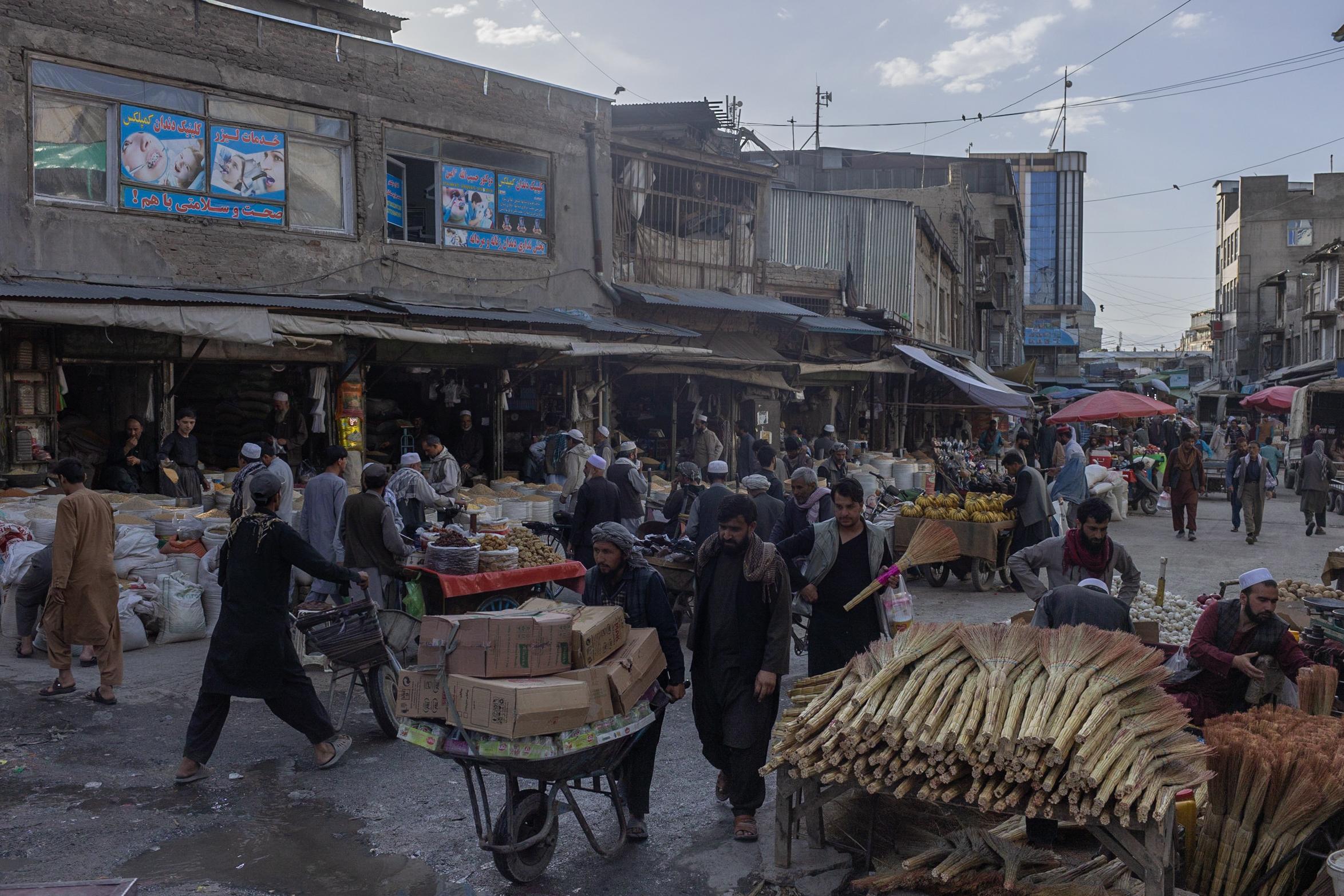 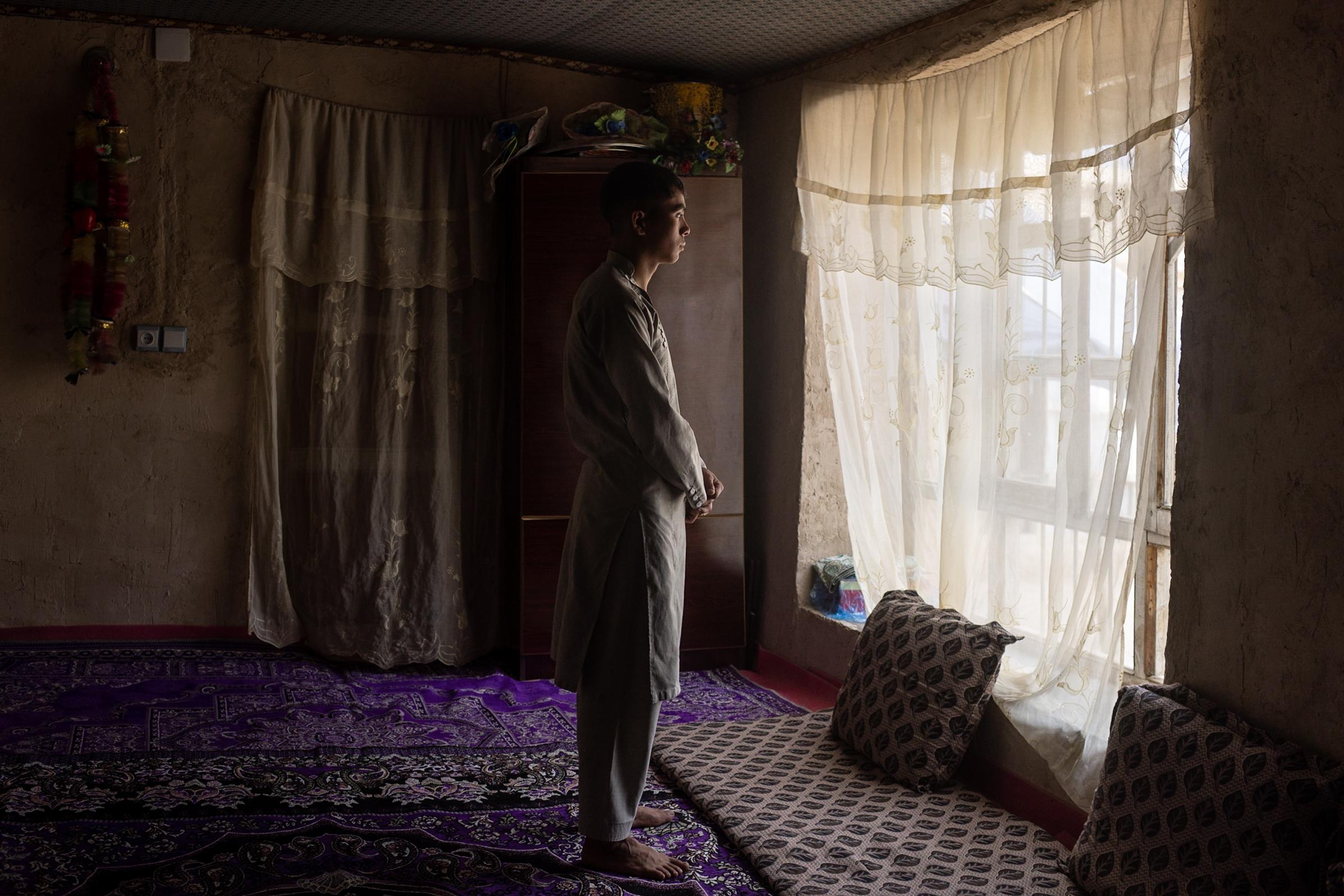 Mohamed Nor barely survived an attack by the Islamic State in Kabul's Hazara district. In recent months, the Shiite minority has repeatedly been the target of attacks by the terrorist group. 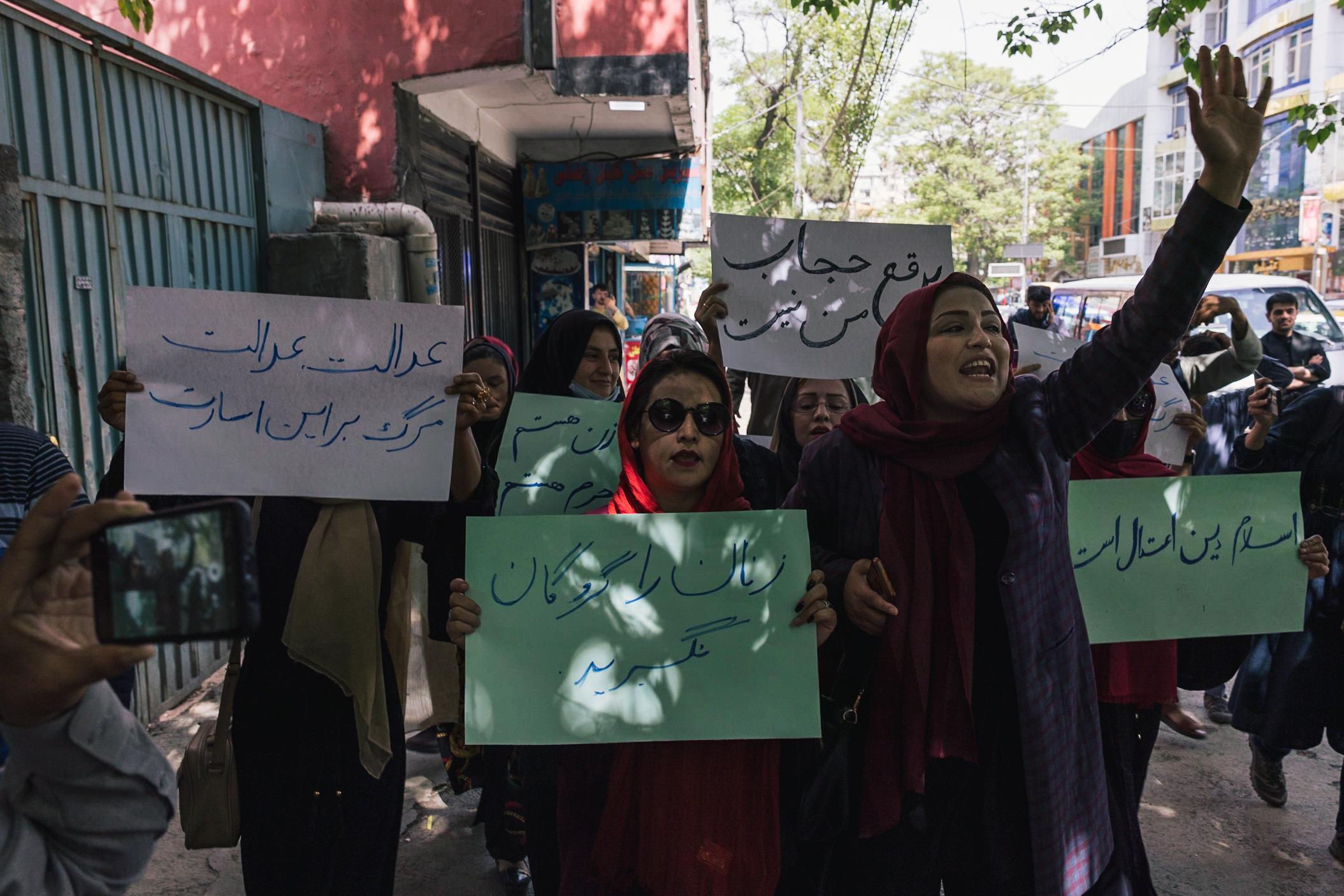 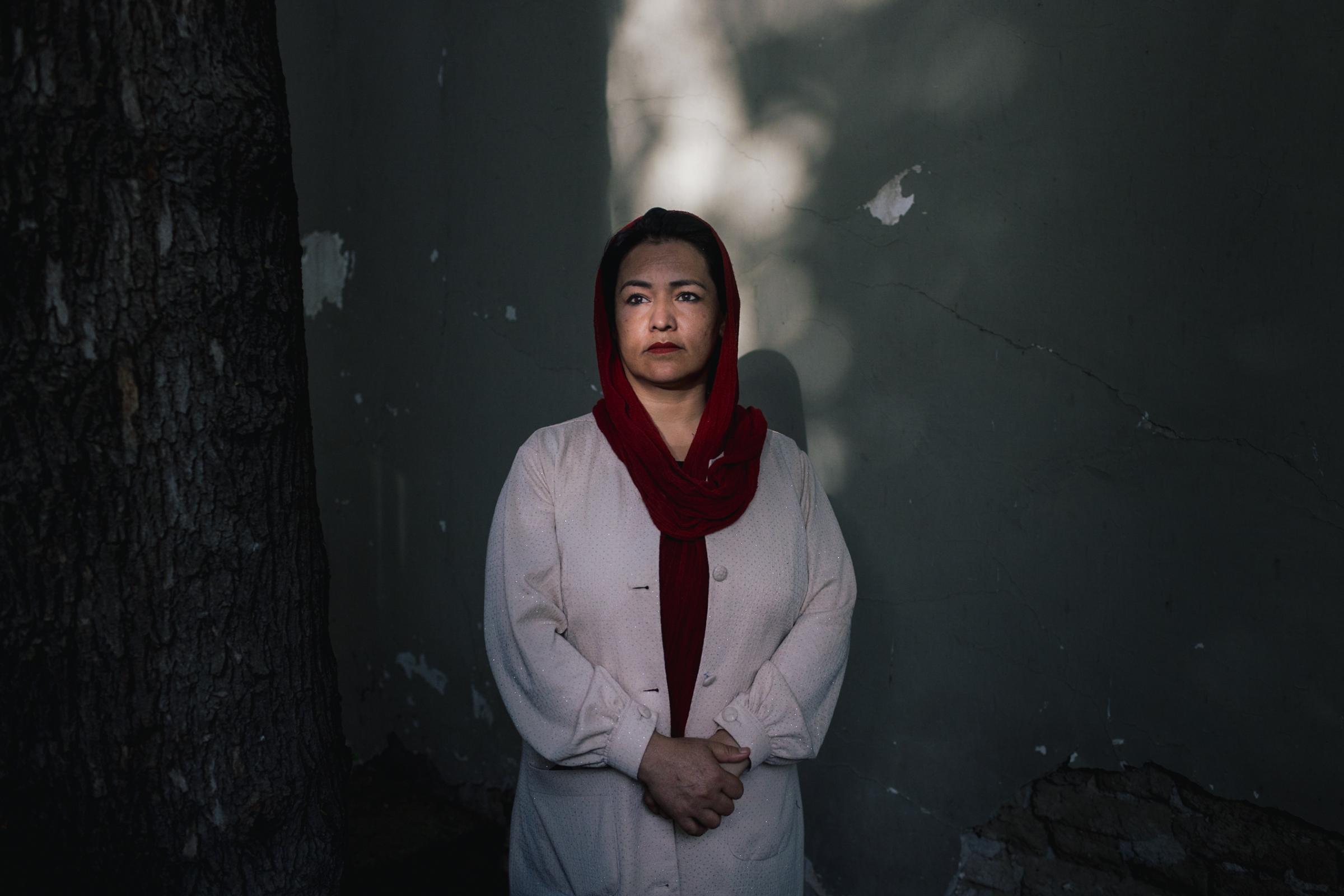 Zhoulia P. organizes demonstrations by women against the Taliban's increasingly restrictive laws. "Every time I leave for a protest, I say goodbye to my whole family. We never know if I will come back alive." 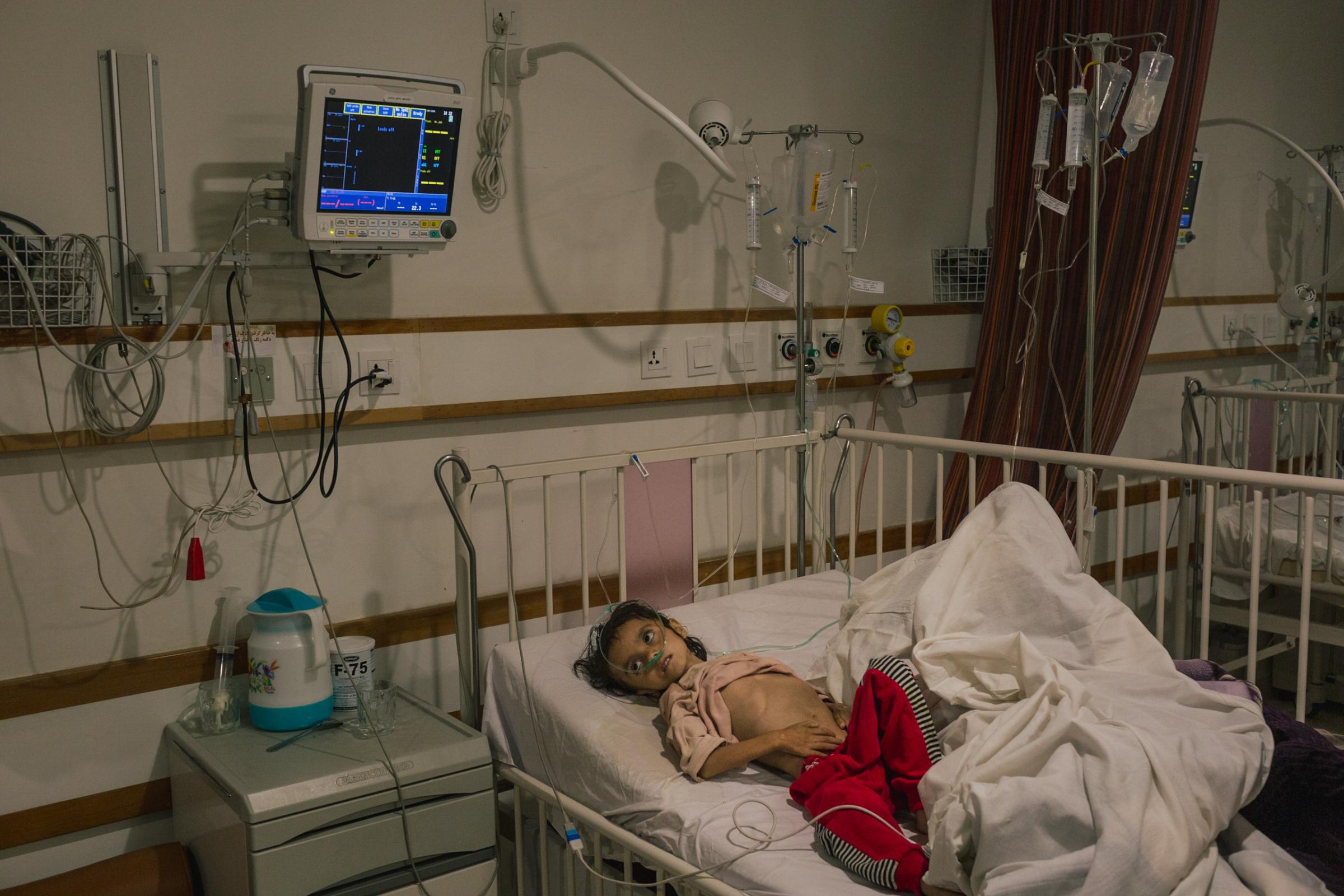 Four-year-old Mamina lies in the ward for malnourished children in Bamiyan provincial hospital. According to a UN study, more than one million children suffered from malnutrition in January 2021. 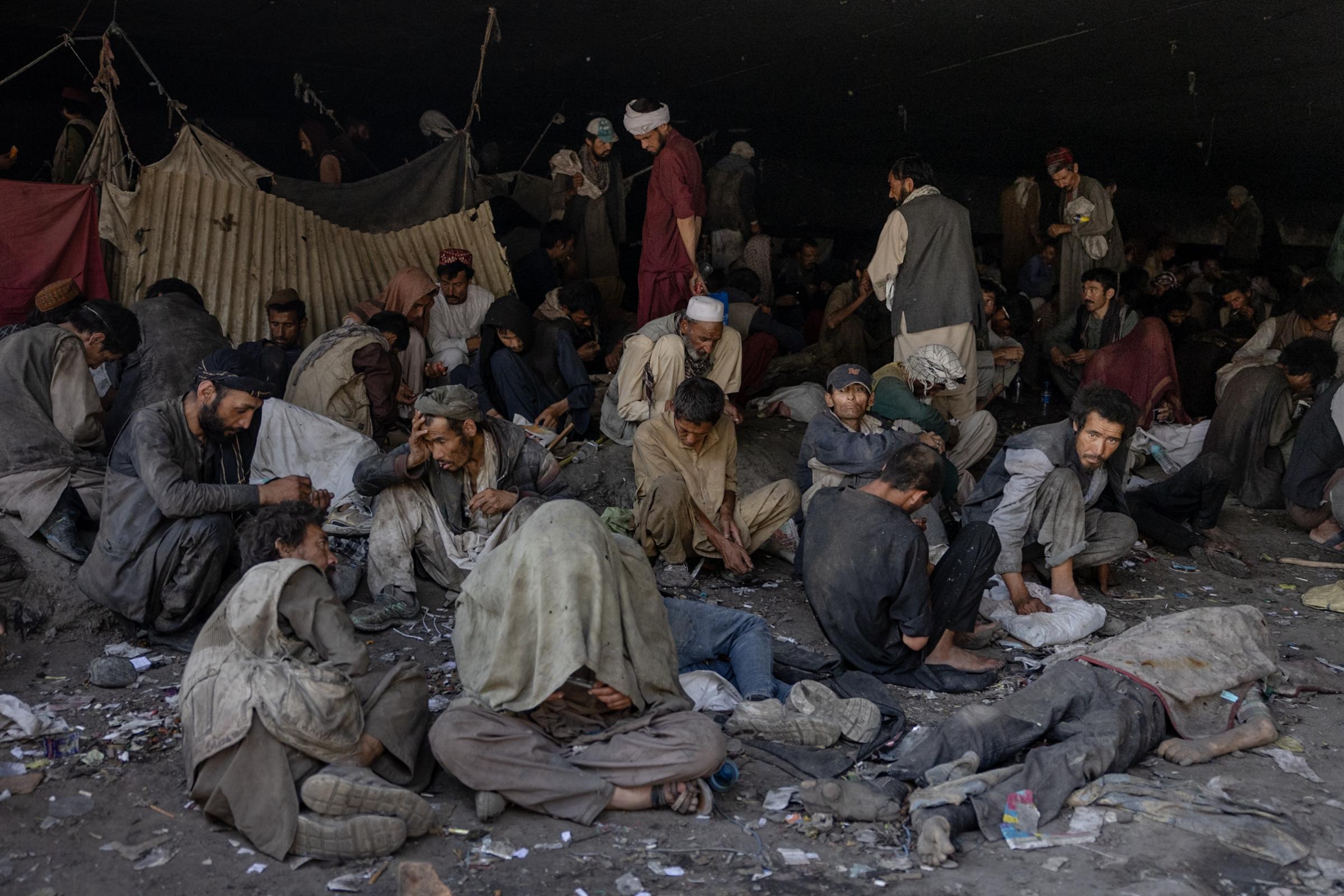 Addicts under a bridge in Kabul's Pol-e Soktha district. More than 10% of the Afghan population suffers from drug addiction. 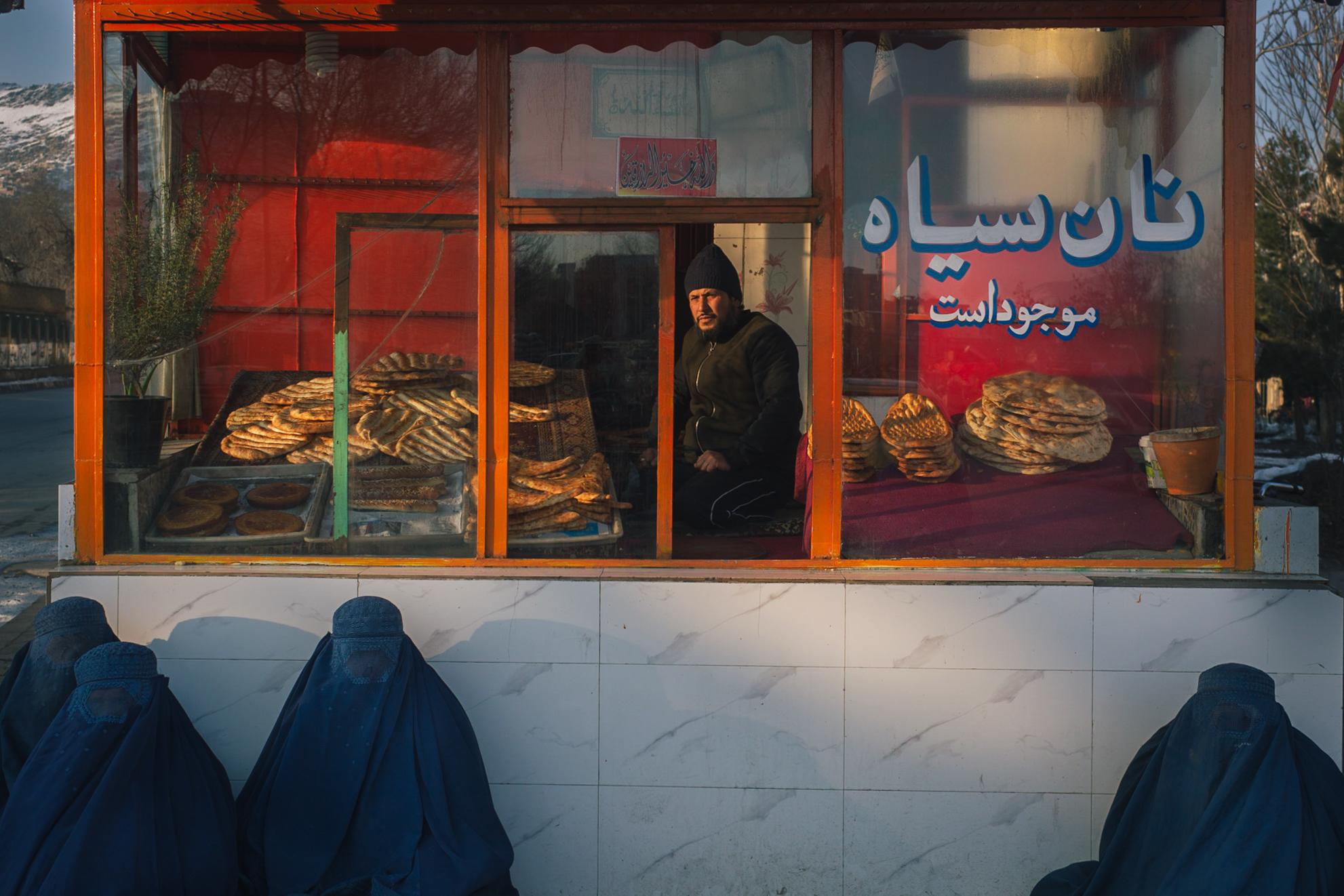 Women begging in front of a bakery in Kabul. 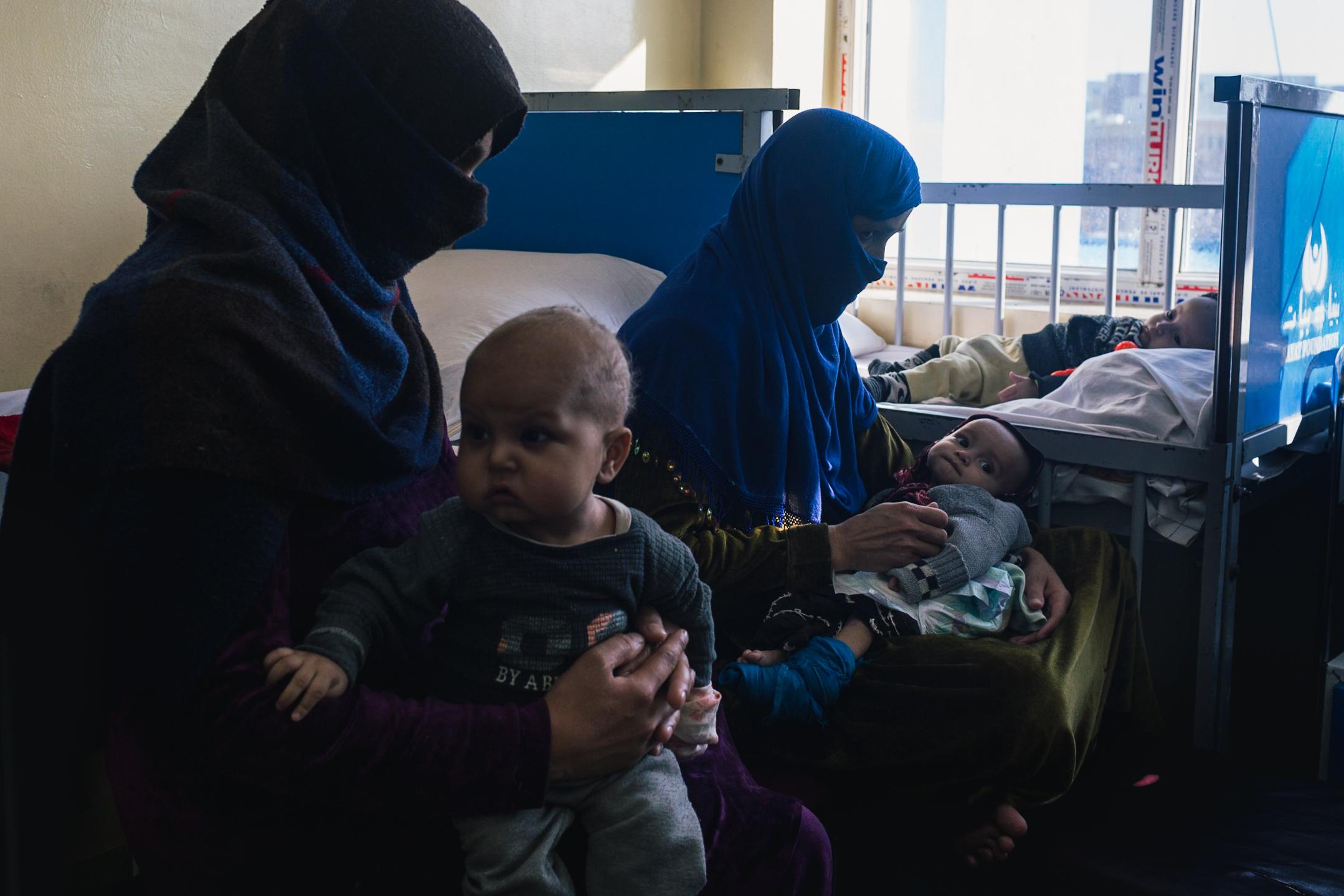 Women with their children in the malnutrition ward at Kabul's Indira Gandhi Children's Hospital. 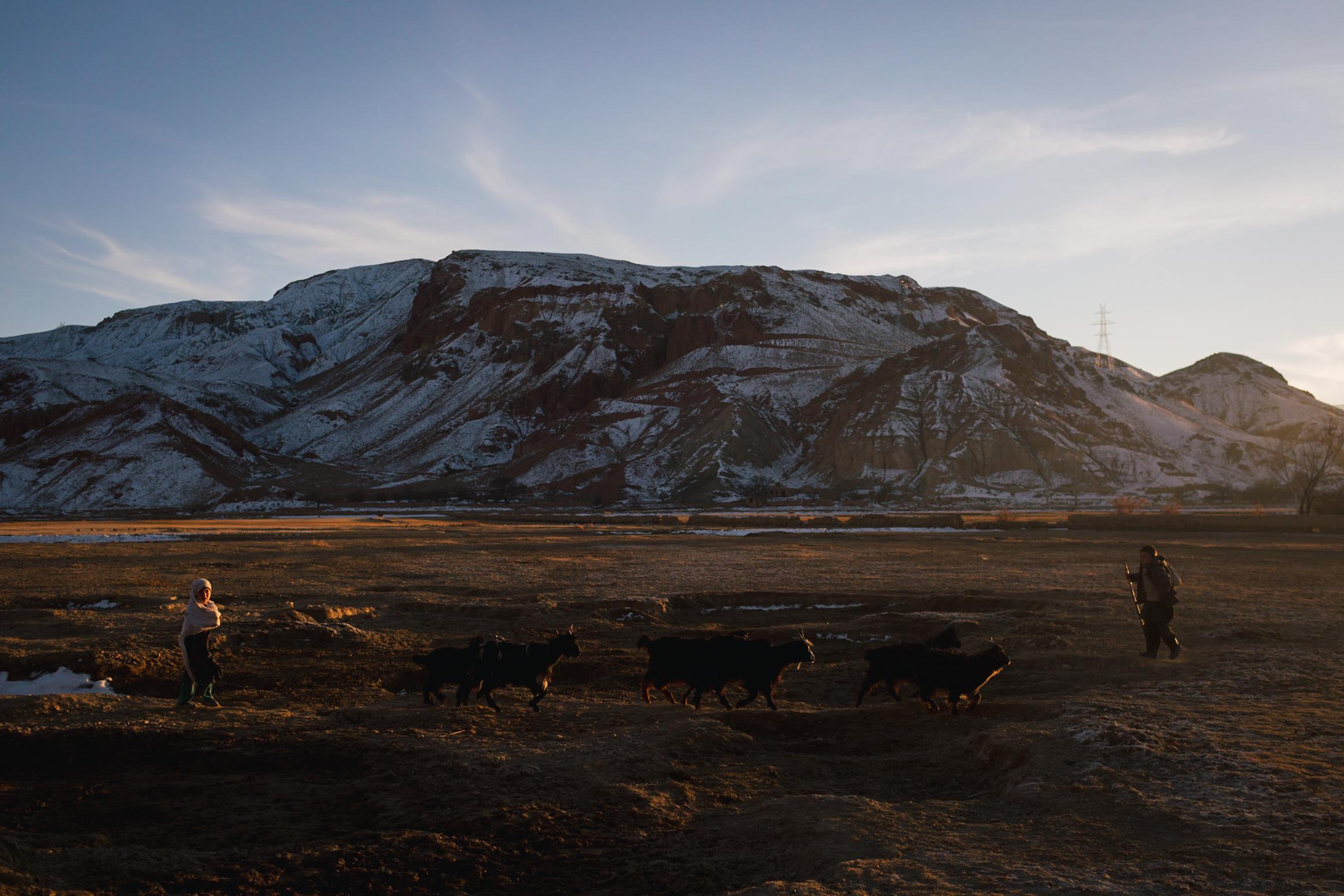 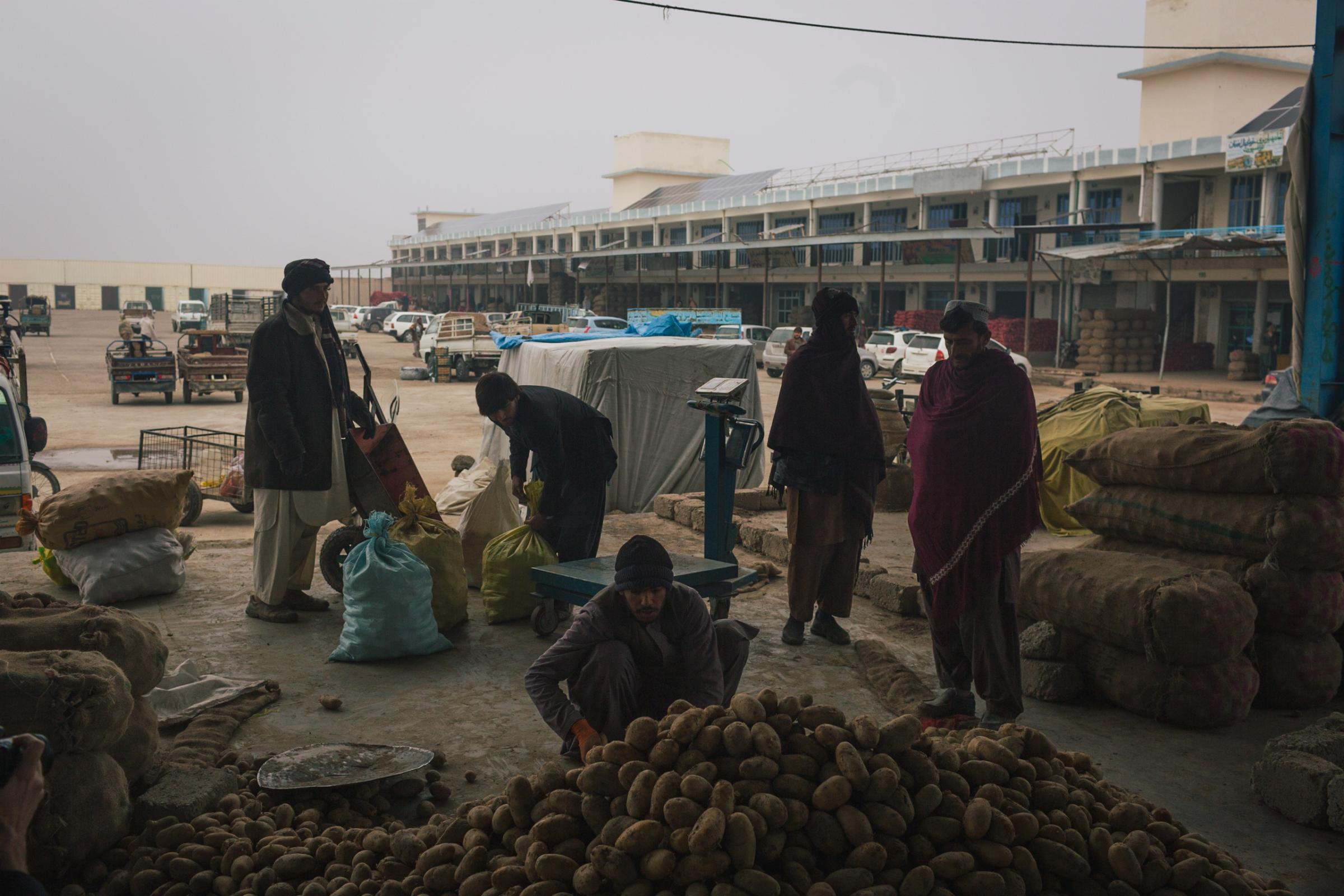 Traders at a bazaar in Kandhar. Due to a massive economic crisis, food prices have risen massively. 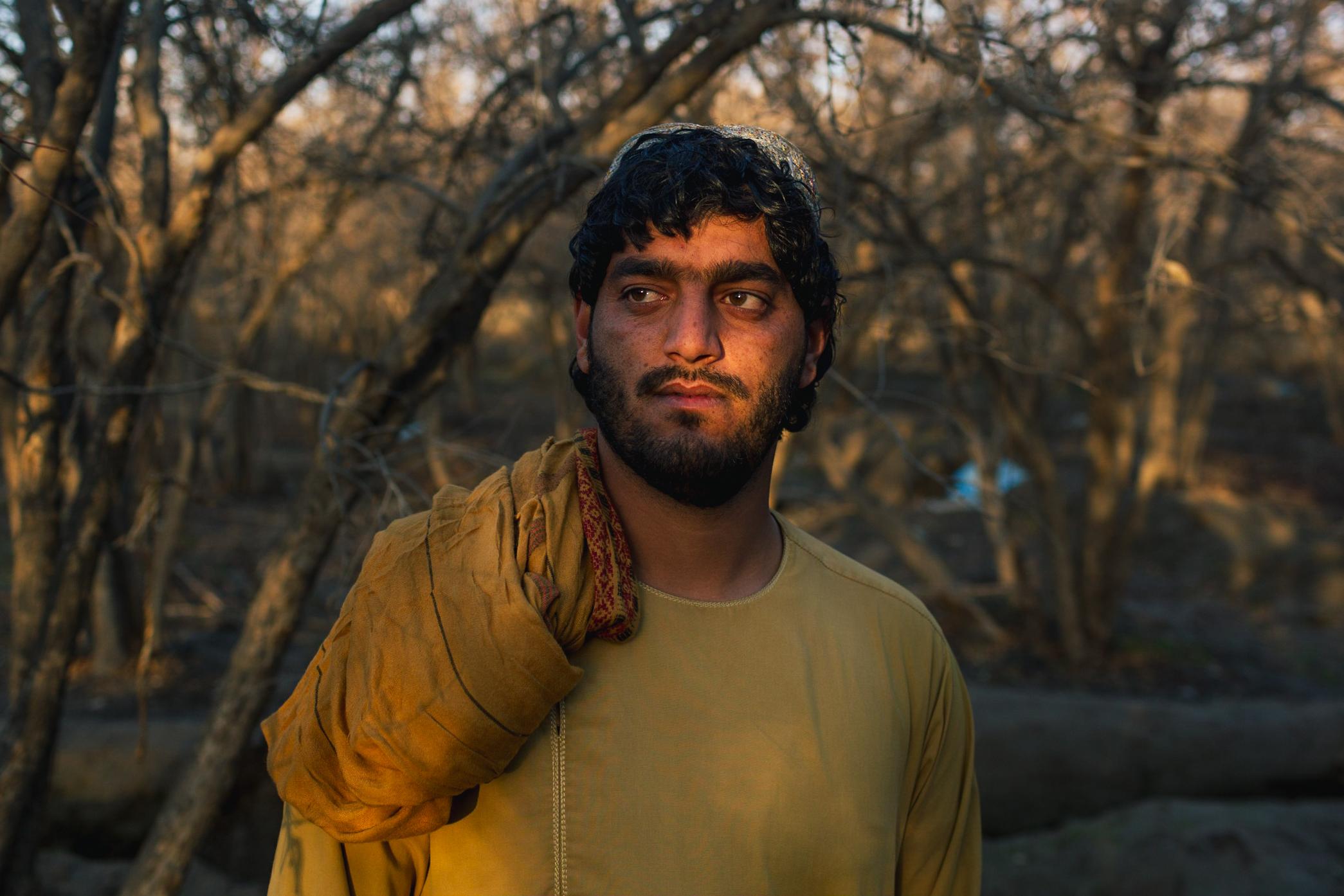 Nasri Nullah, 23, at his pomegranate plantation in the Arghandab Valley in Kandahar Province. As a result of droughts triggered by climate change, a harvest has been reduced by more than half compared to the previous year. 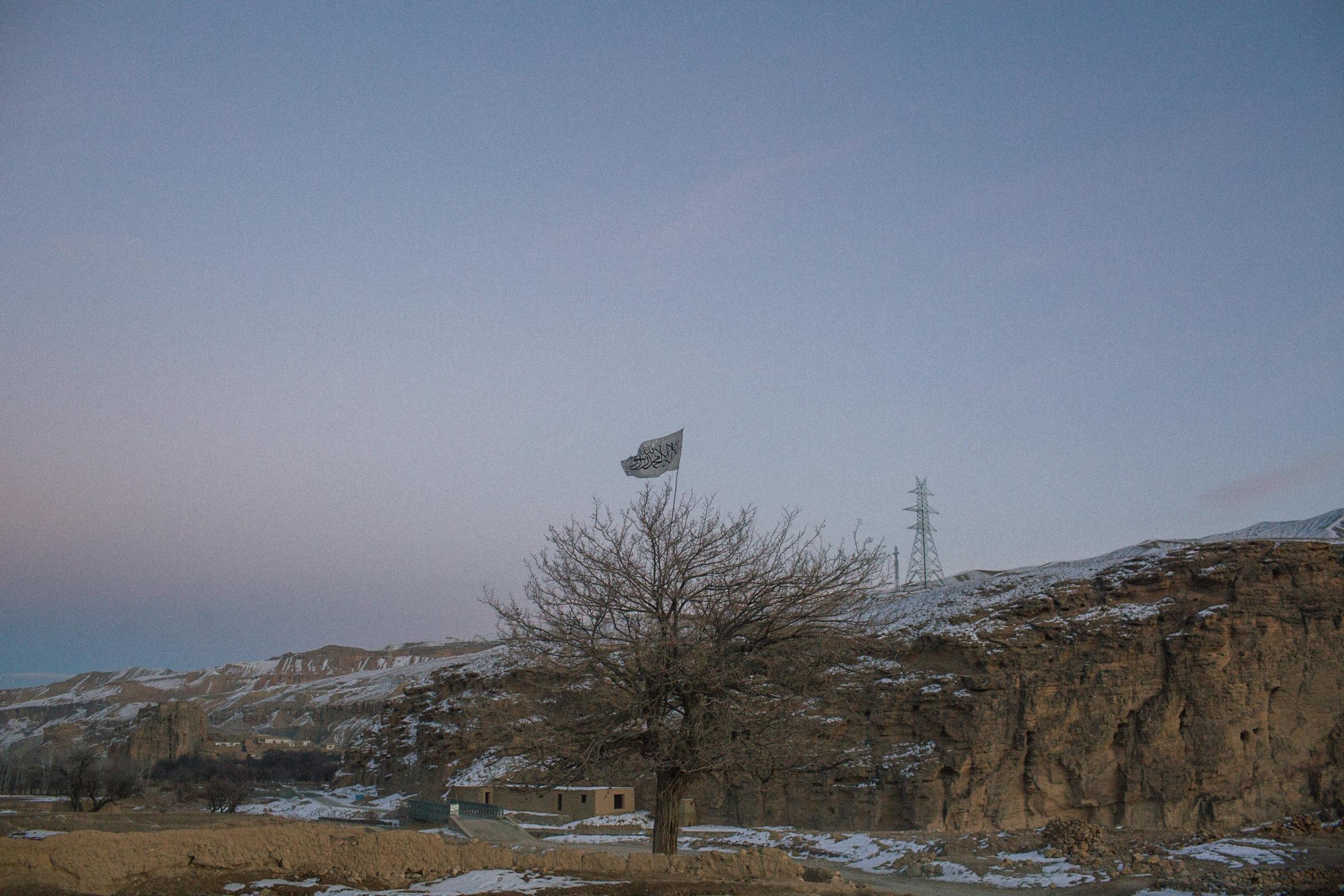 A flag of the Emirate in the province of Bamiyan. 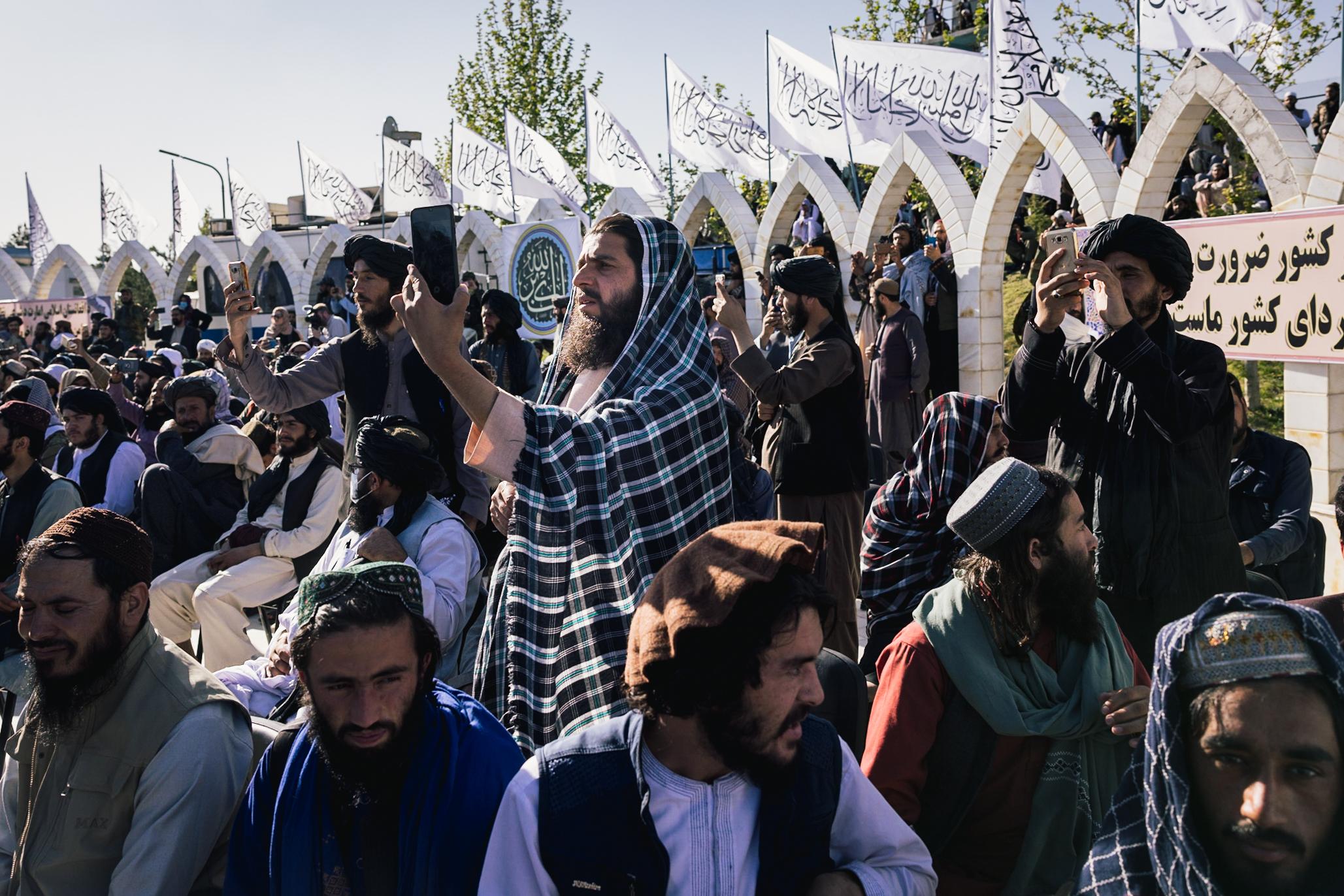 Taliban supporters during a ceremony on Wazir Akhbar Khan hill in Kabul. 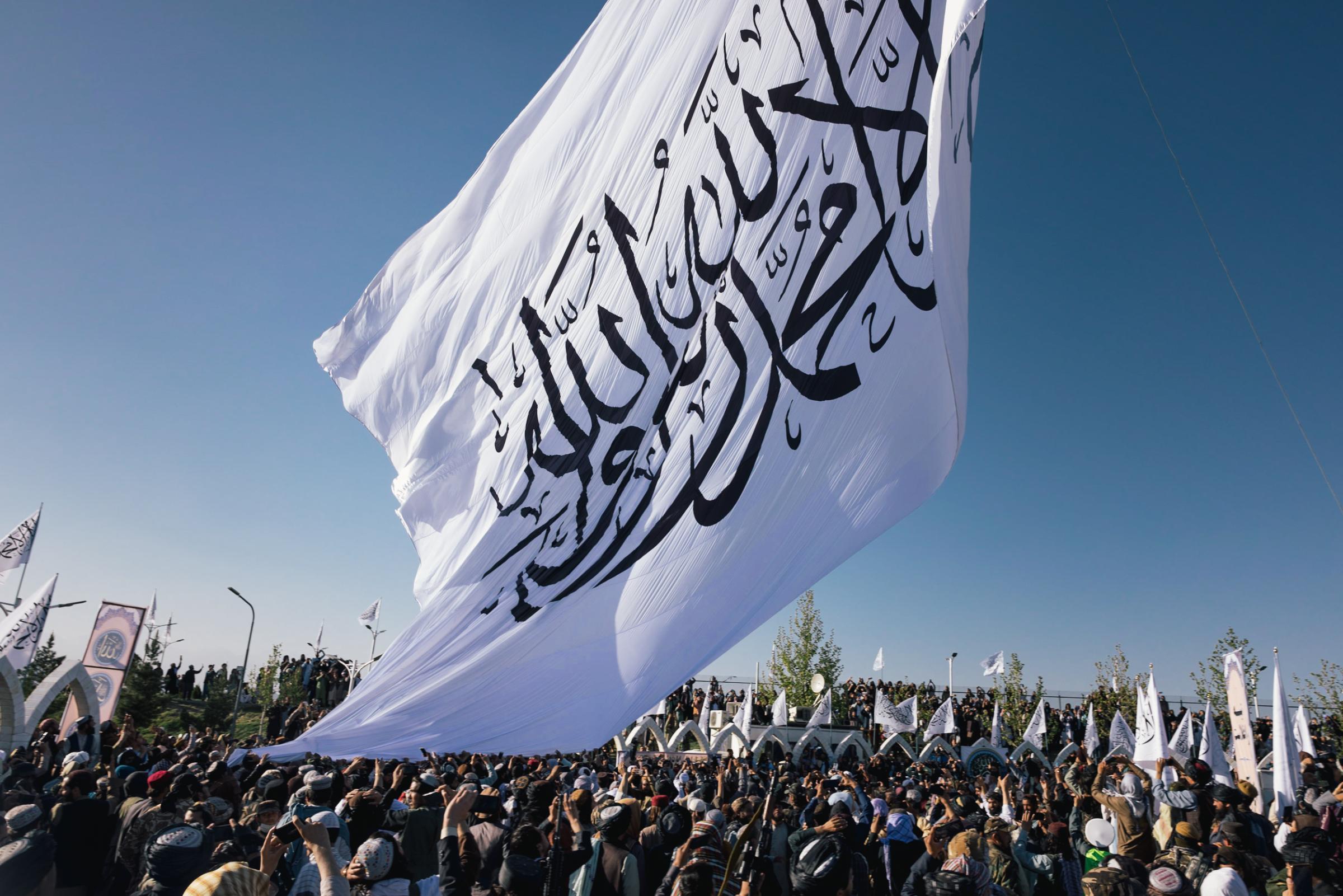 A giant flag of the Emirate is hoisted at a ceremony of the Taliban leadership on Wazir Akhbar Khan Hill in Kabul. 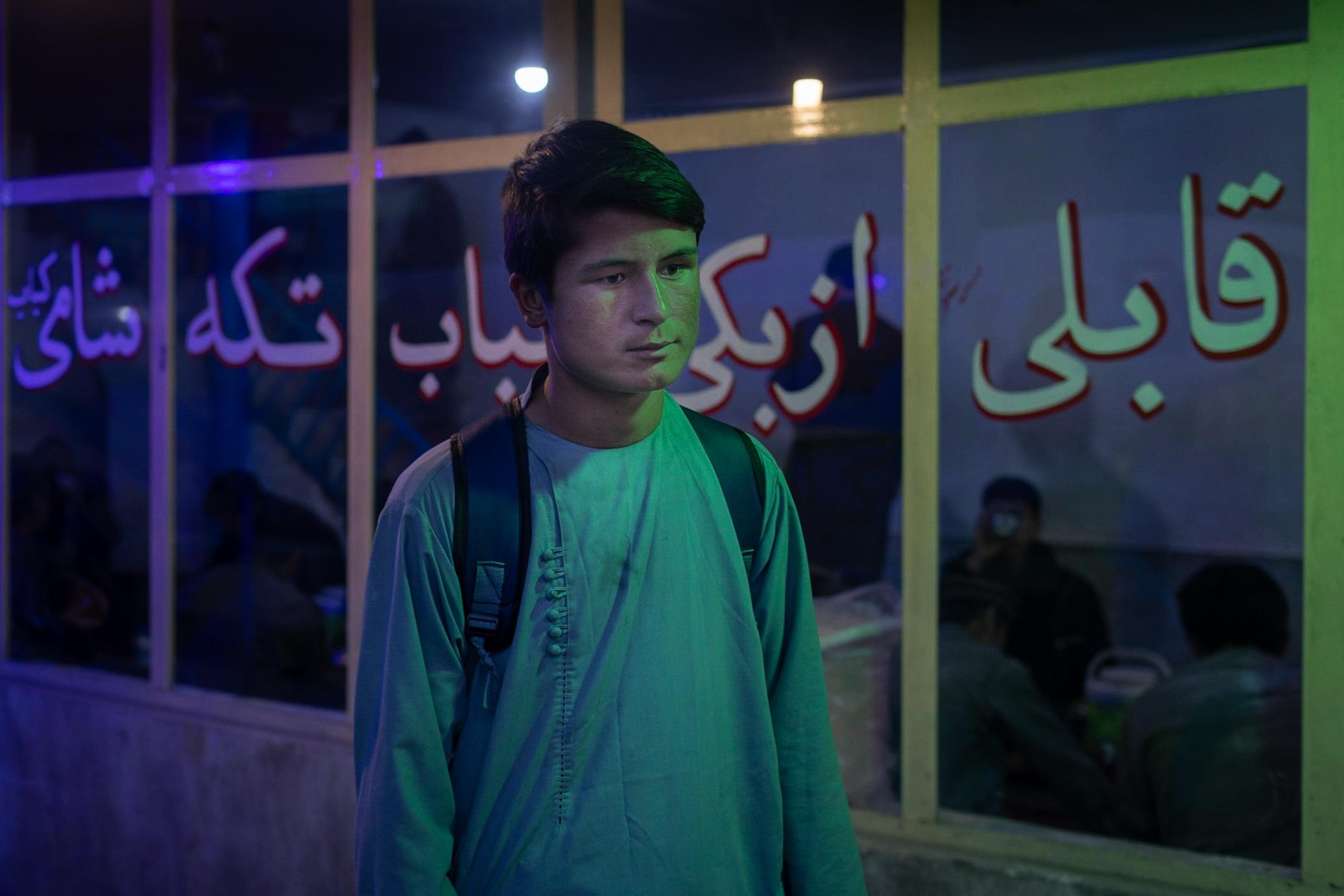 Shahabeddin, 17, is standing at the bus station in Kabul. After several unsuccessful attempts to escape to Iran, he finally travels back to his home province of Kunduz. 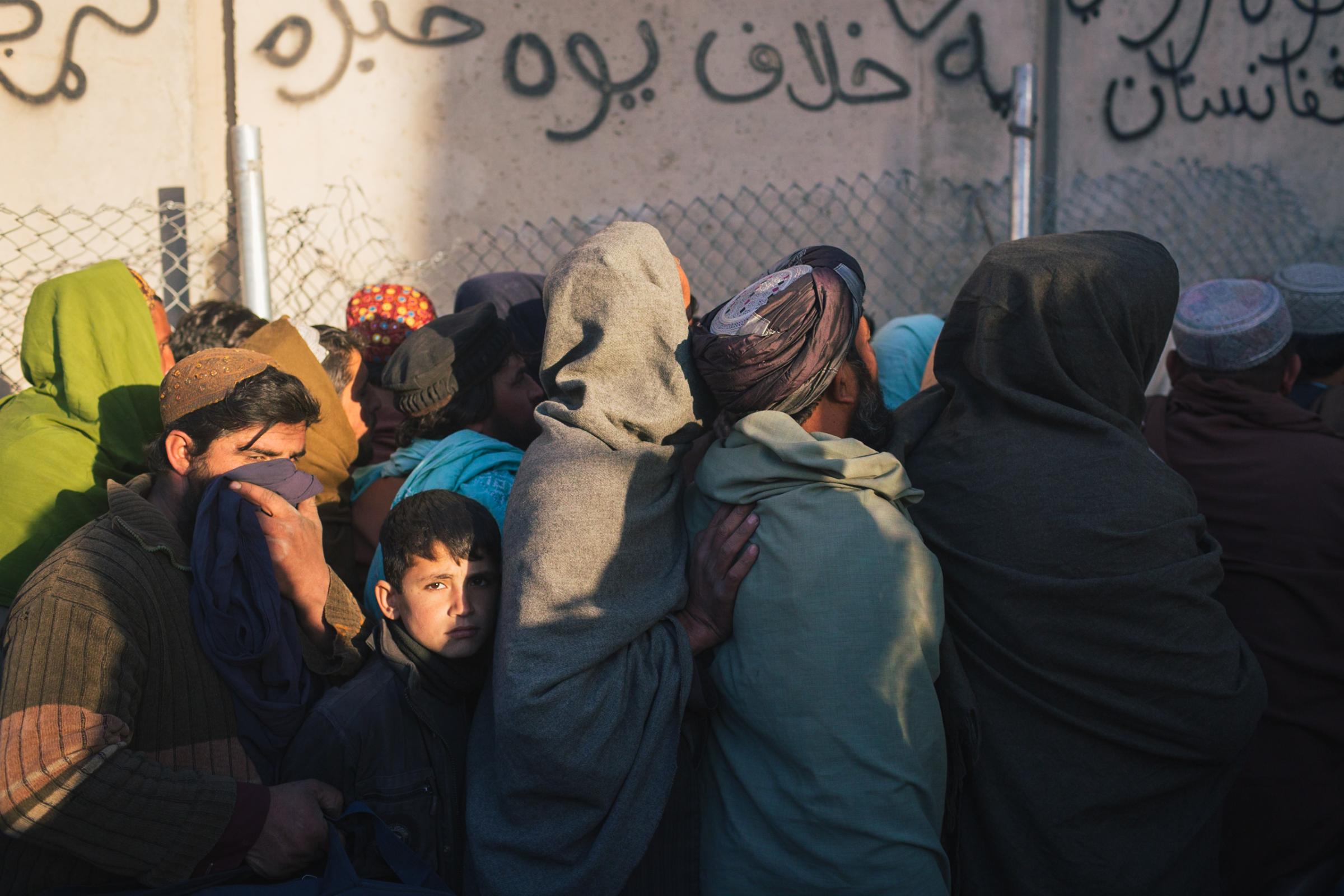 Afghans wait to leave the country at the Spin Boldak border crossing for Pakistan. More than two million Afghans have fled to neighboring Pakistan and Iran since 2021.

Freelance Photojournalist based in Kabul, Afghanistan.