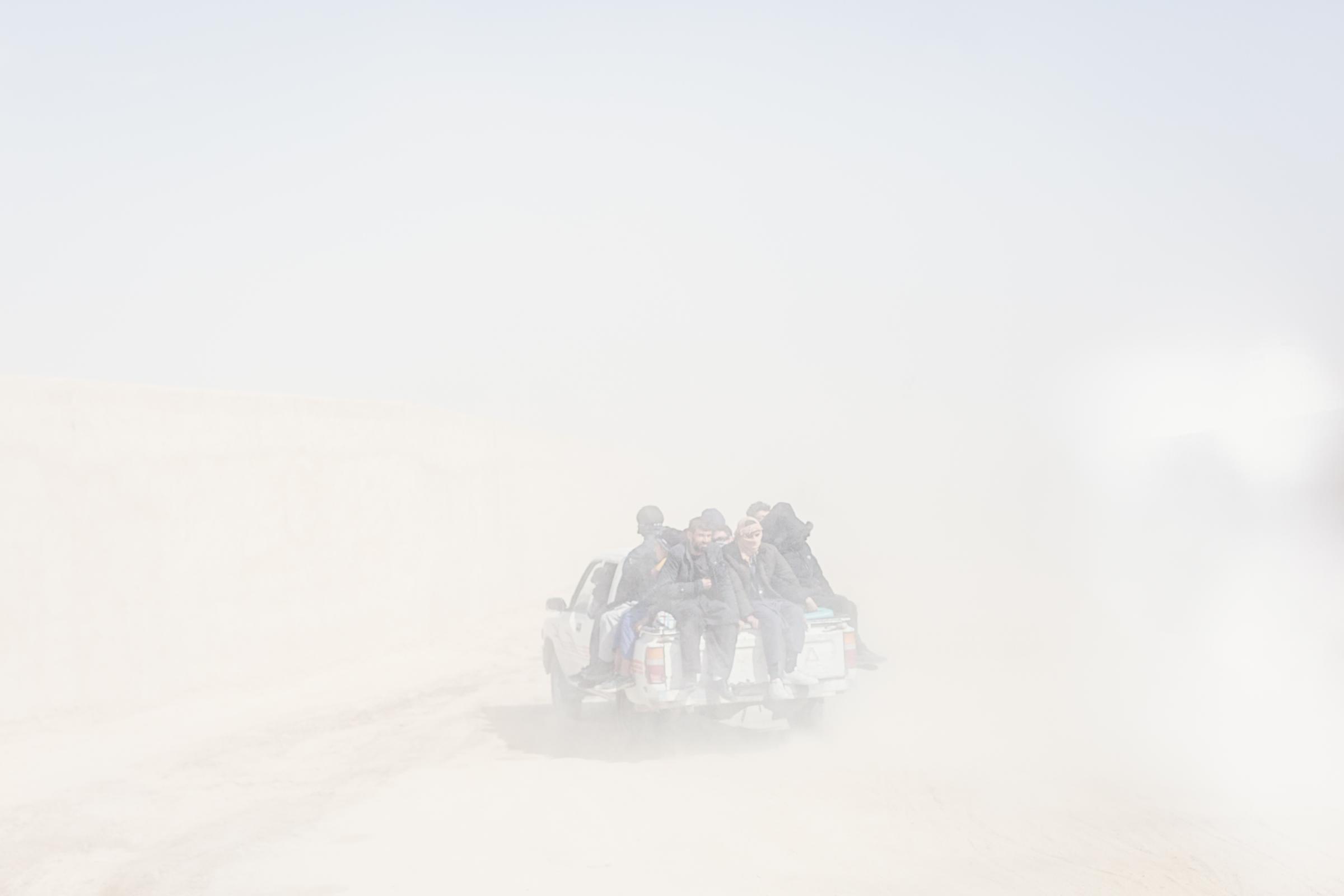 A pick-up packed with refugees leaves the city of Zarandj in Nimroz province. 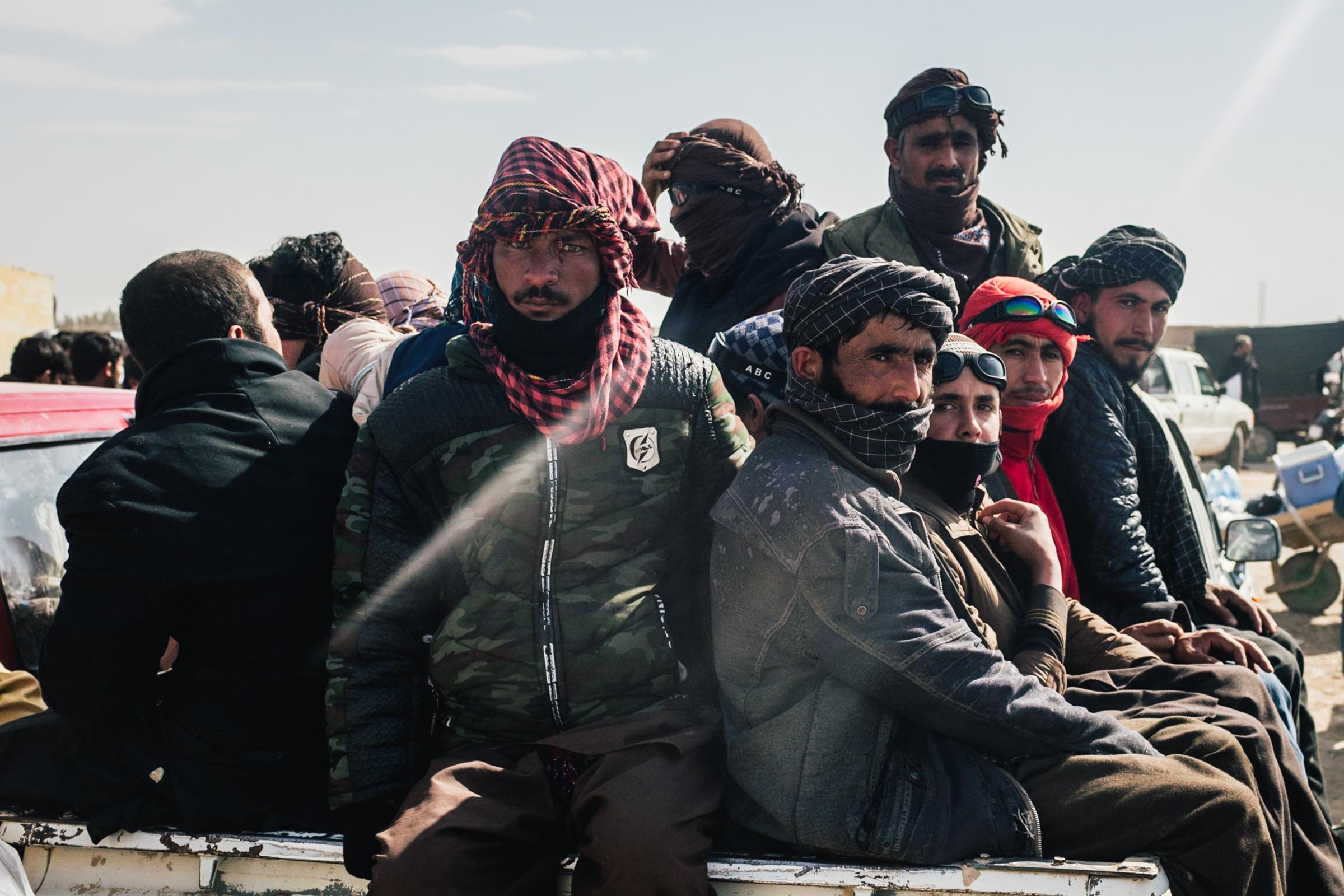 A group of Afghan refugees shortly before departing from Zarandj, Nimroz. 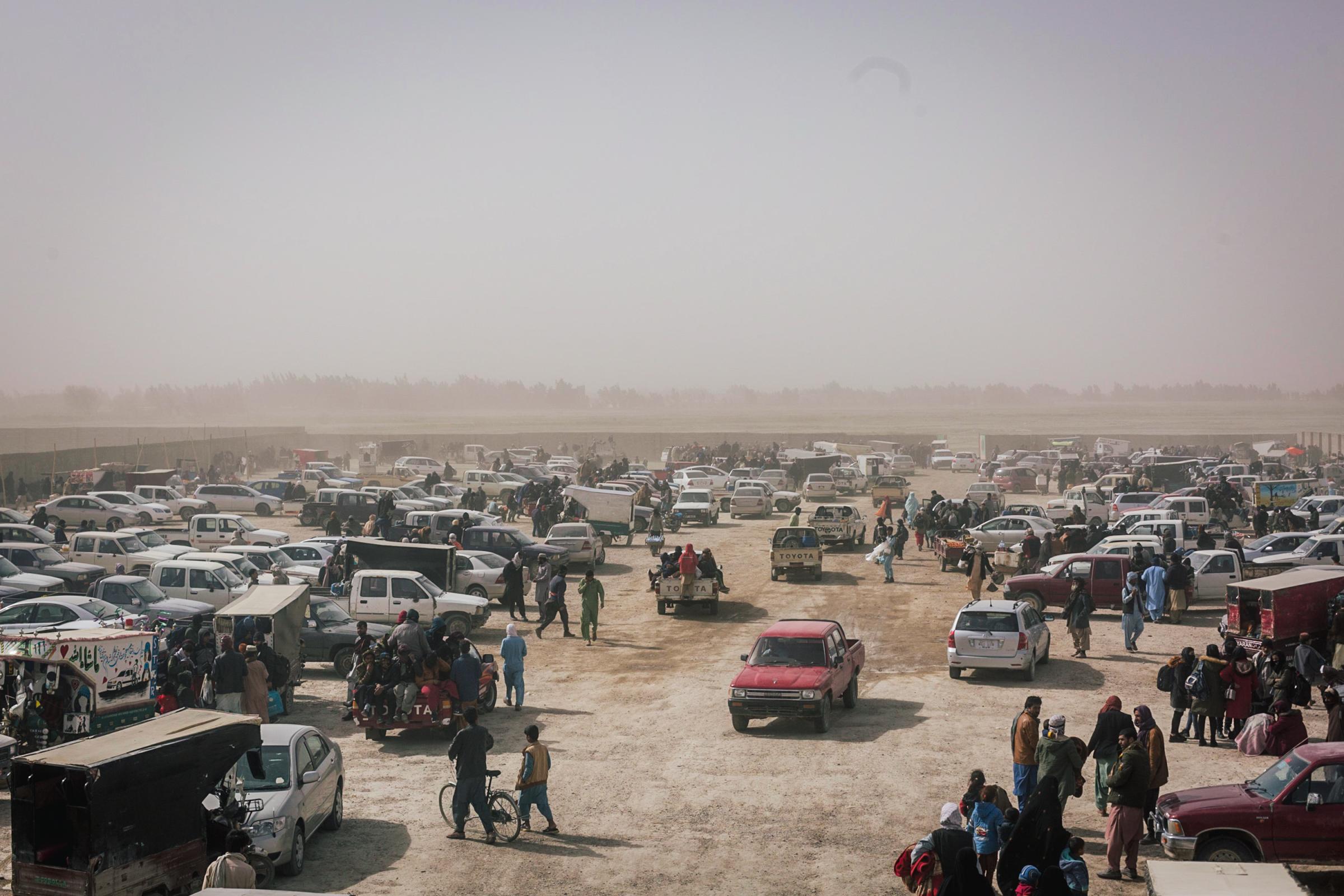 The so-called „Garage“ is the main smuggling place in the City of Sarandj, everyday thousands of people gather here for approaching smugglers. 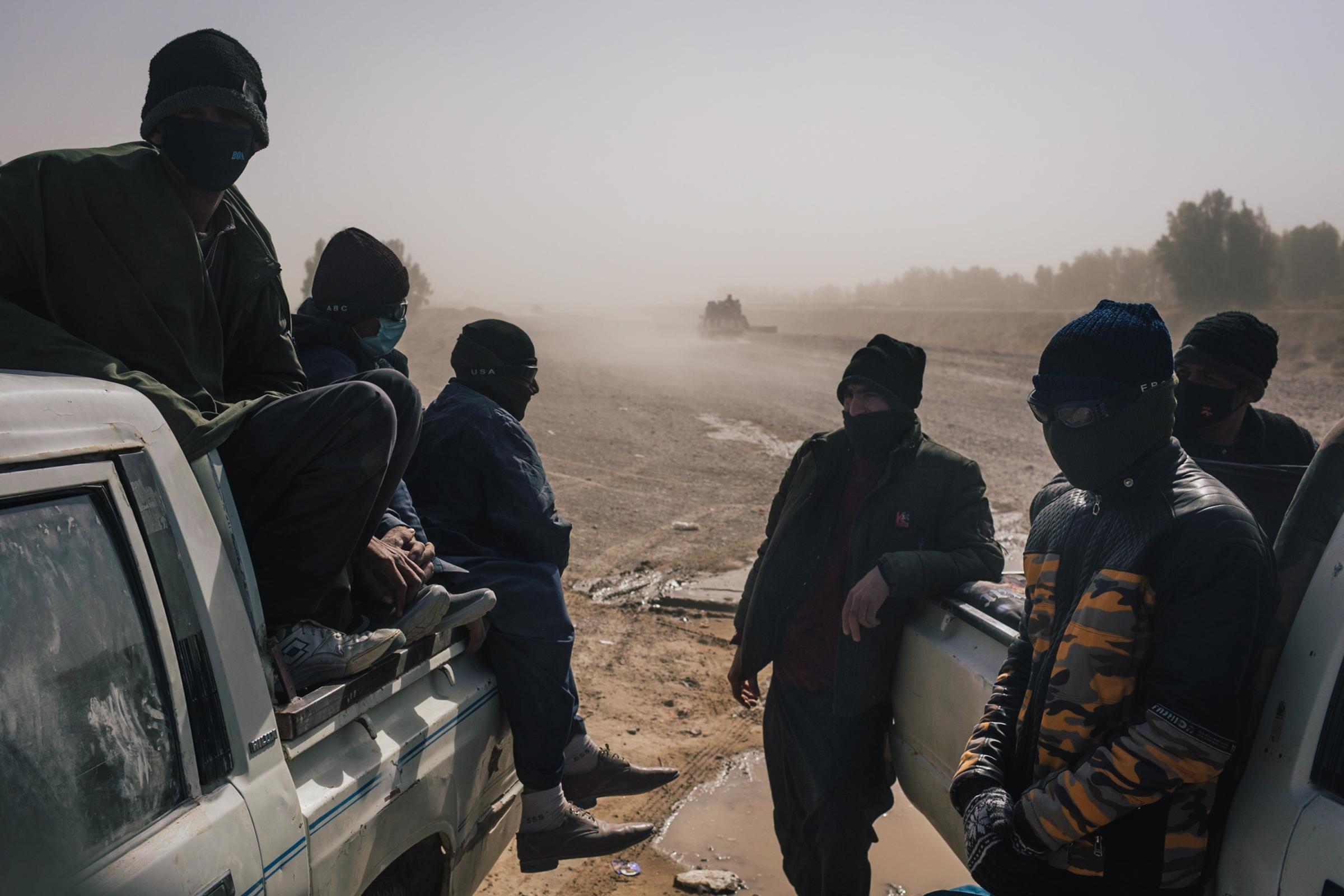 A travel group takes a break before driving into the Belutschian desert. 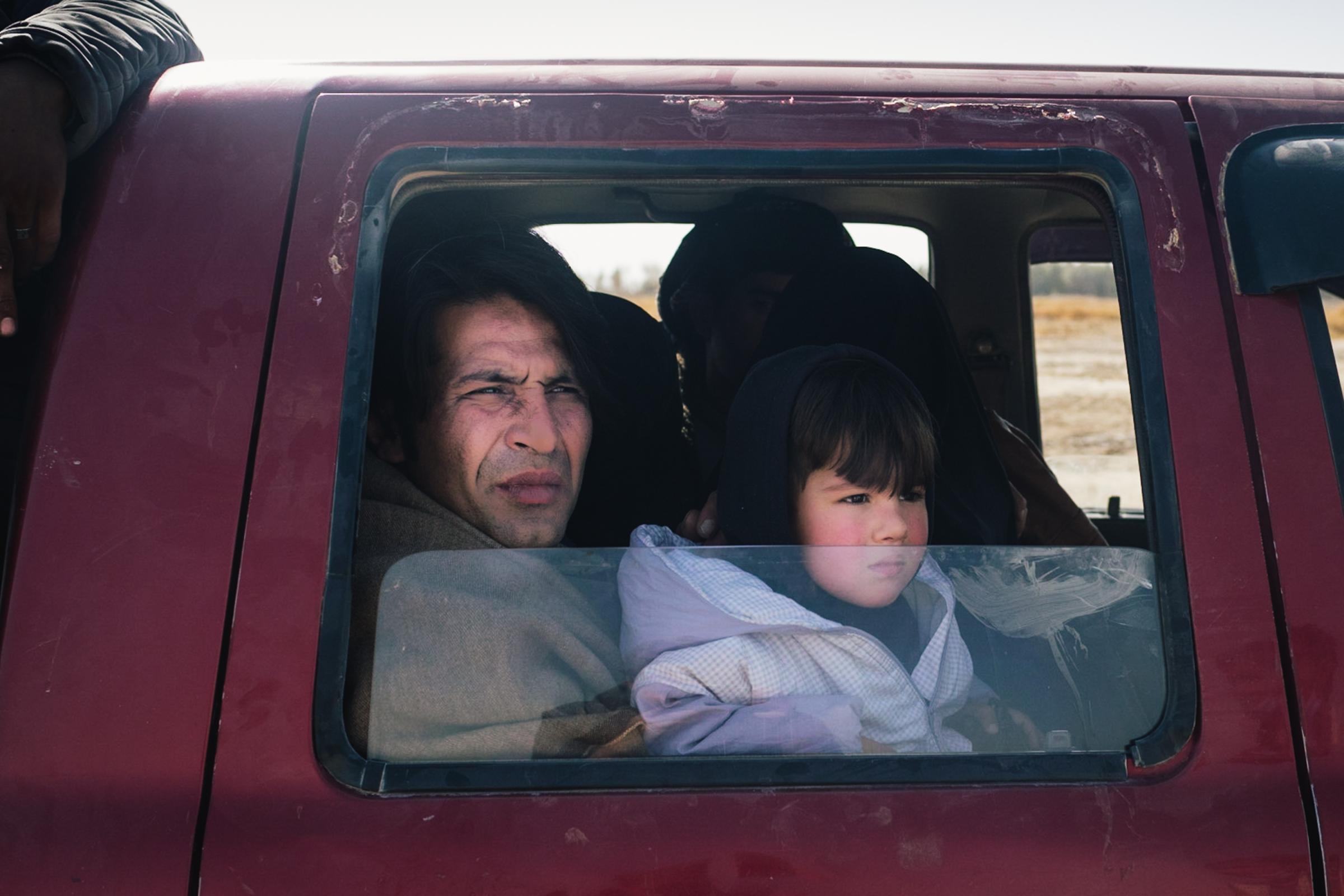 Mohammed from Herat with his daughter shortly before starting the difficult journey to Iran. 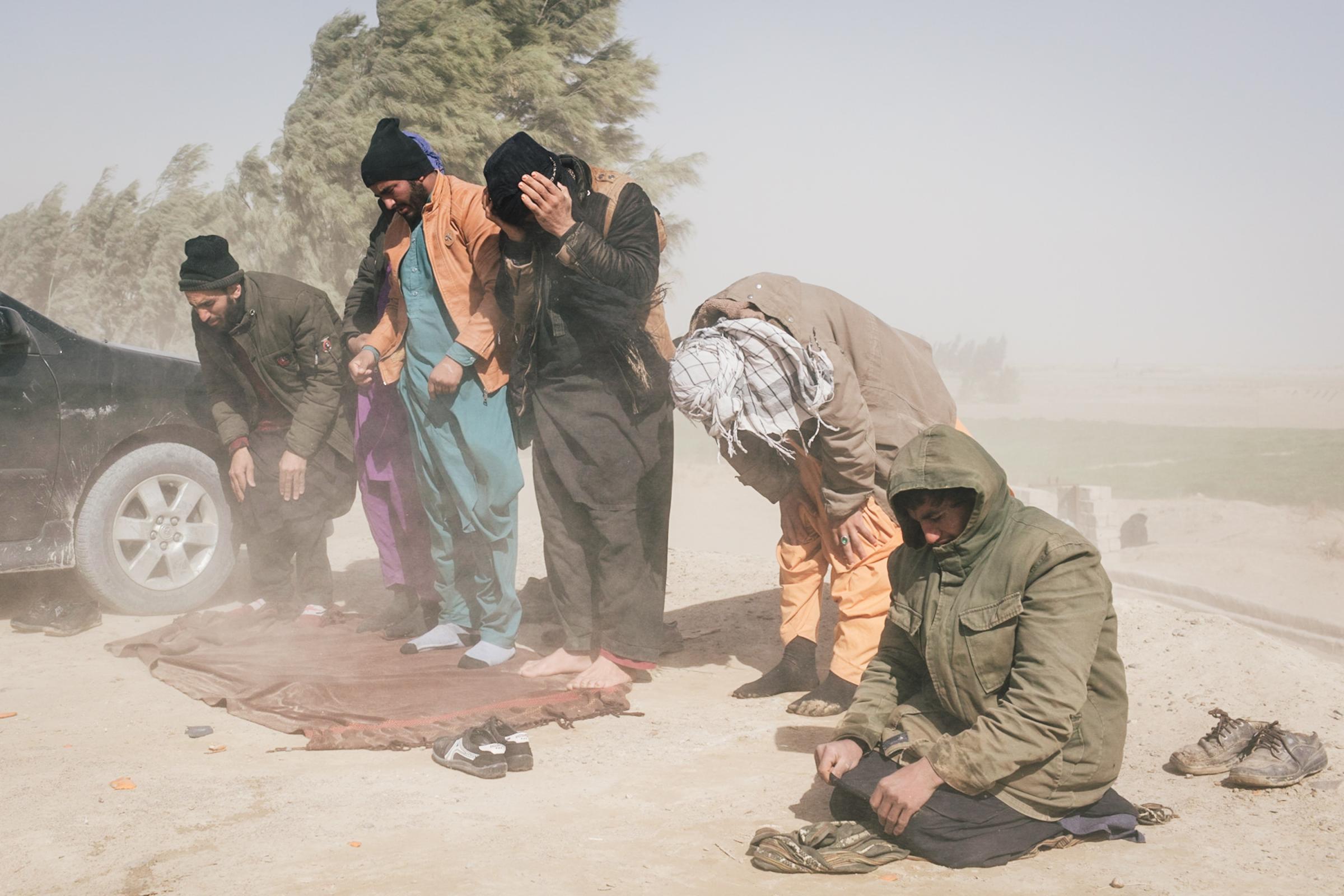 Travellers take a prayer break on the way through the desert. 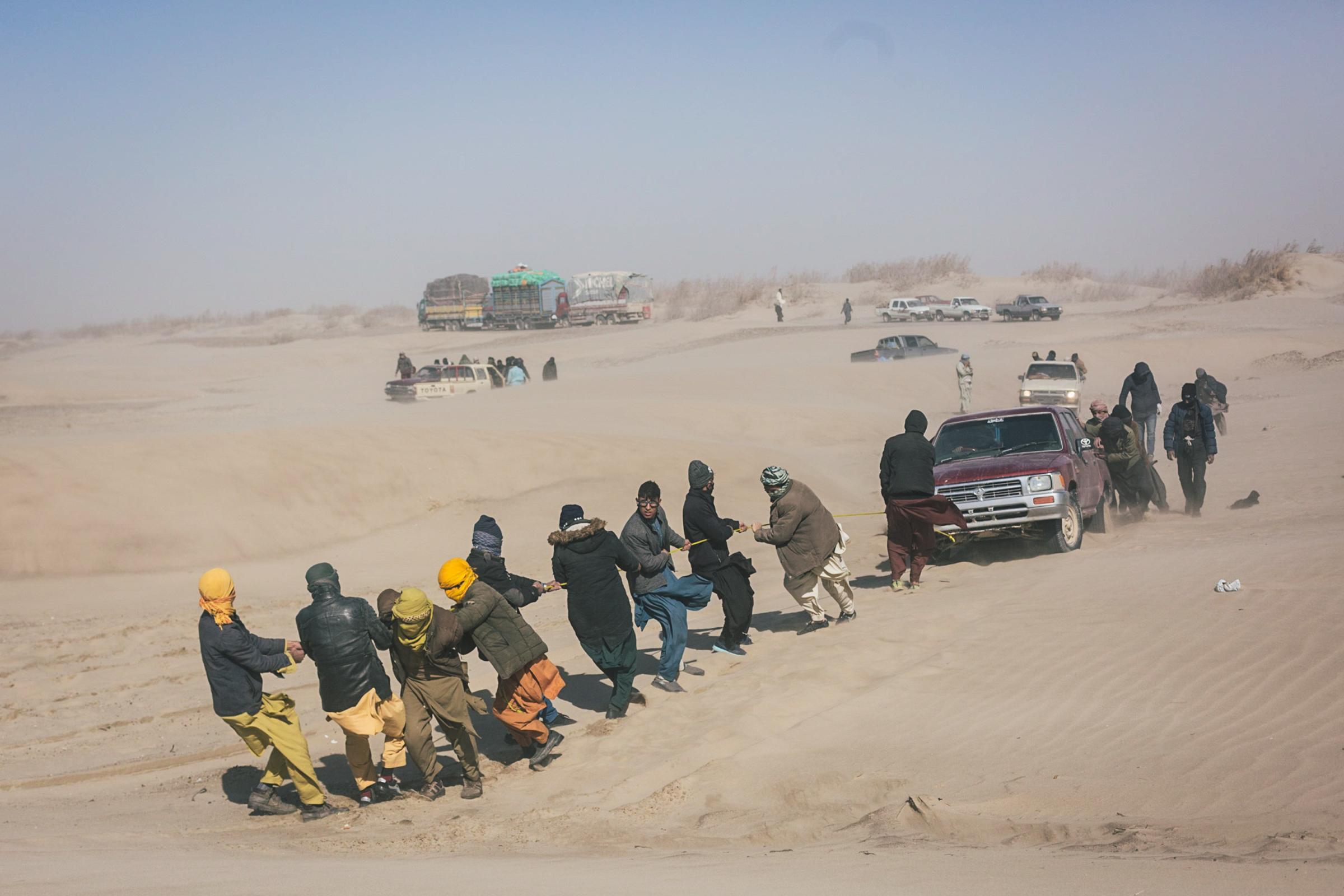 Afghan refugees pull pick-ups out of the desert sand. 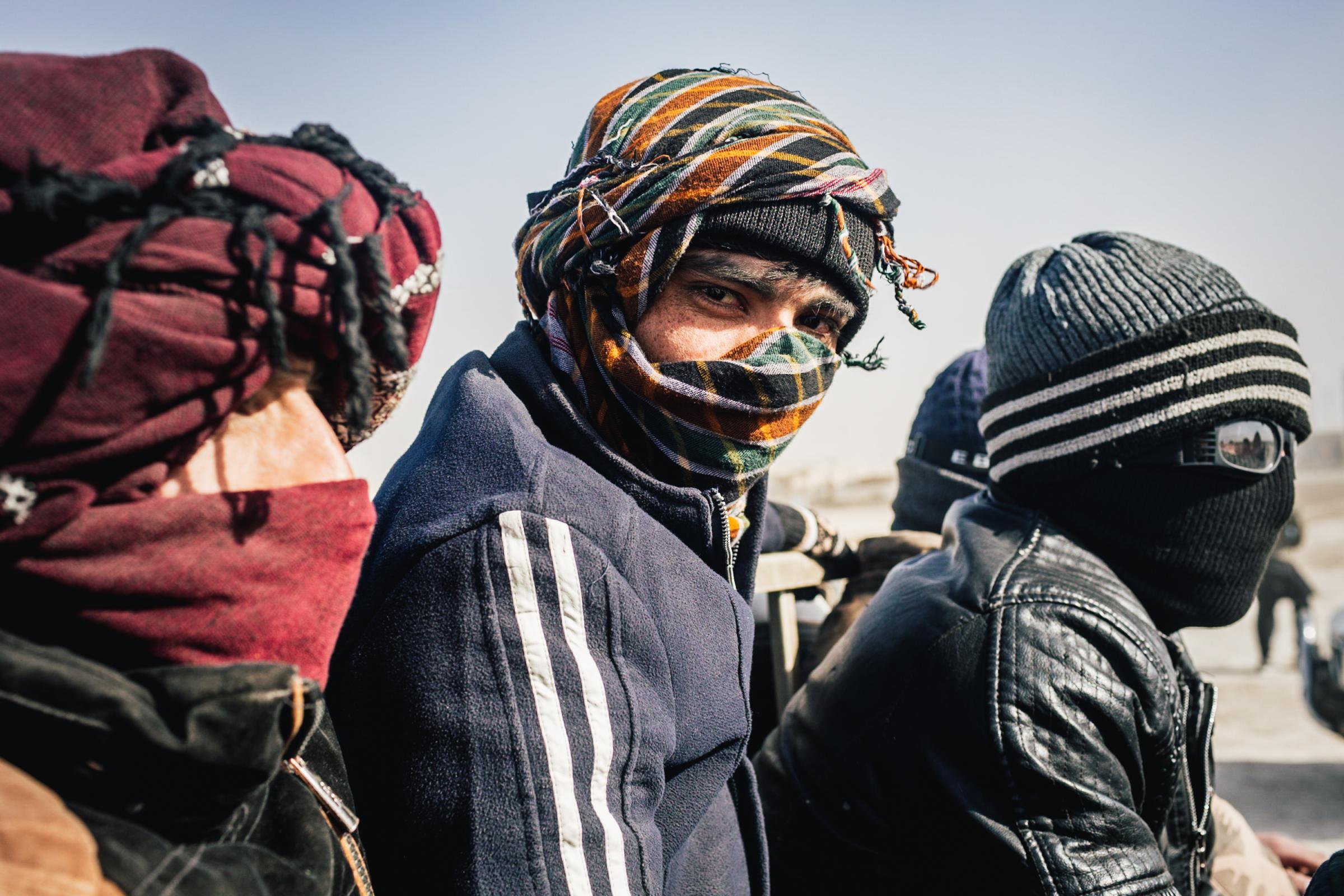 Ali,17  from Kabul on the back of a jeep at the so-called "Garage" in Zarandj. 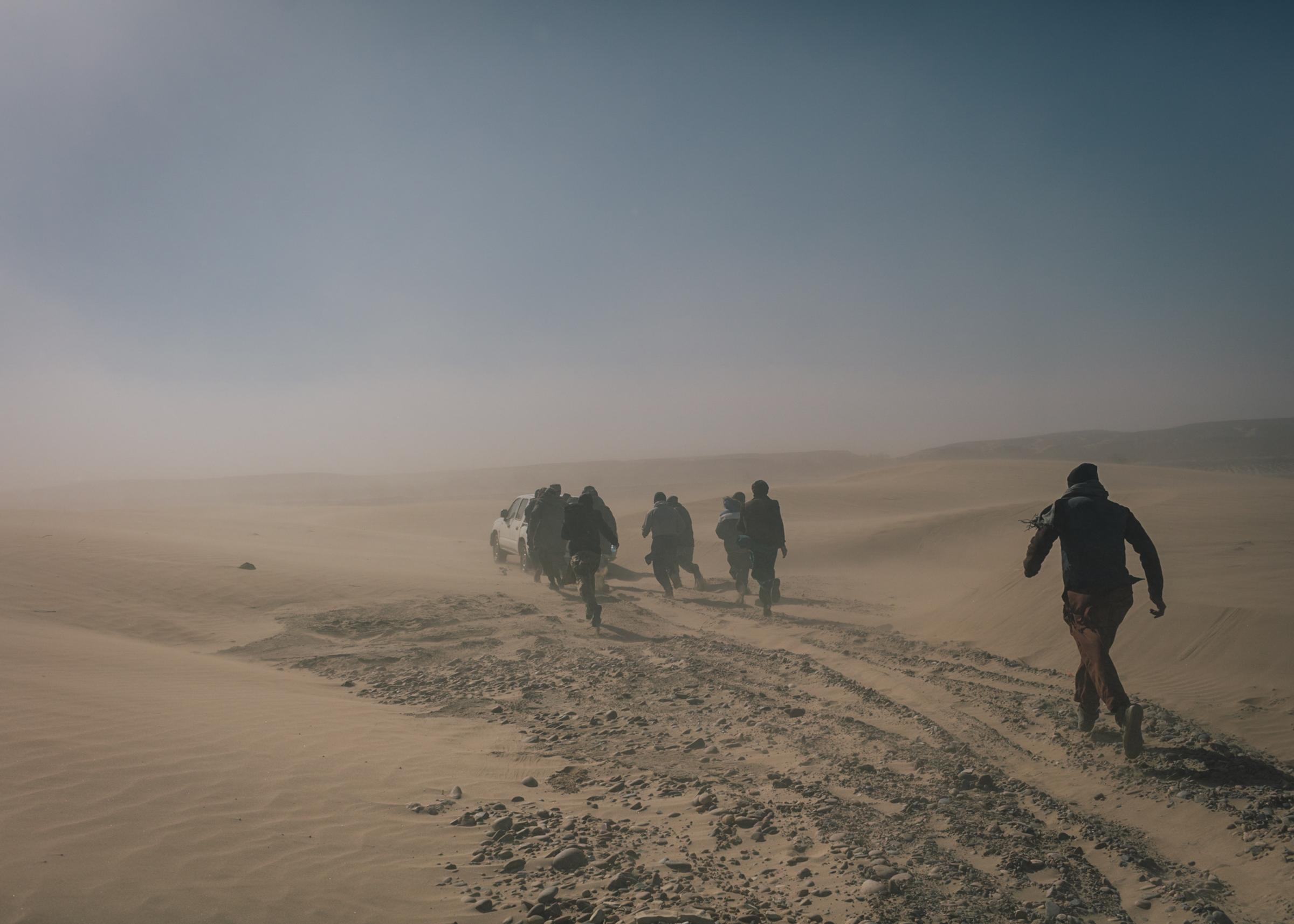 Refugees ran through a sand storm on the way through the desert. 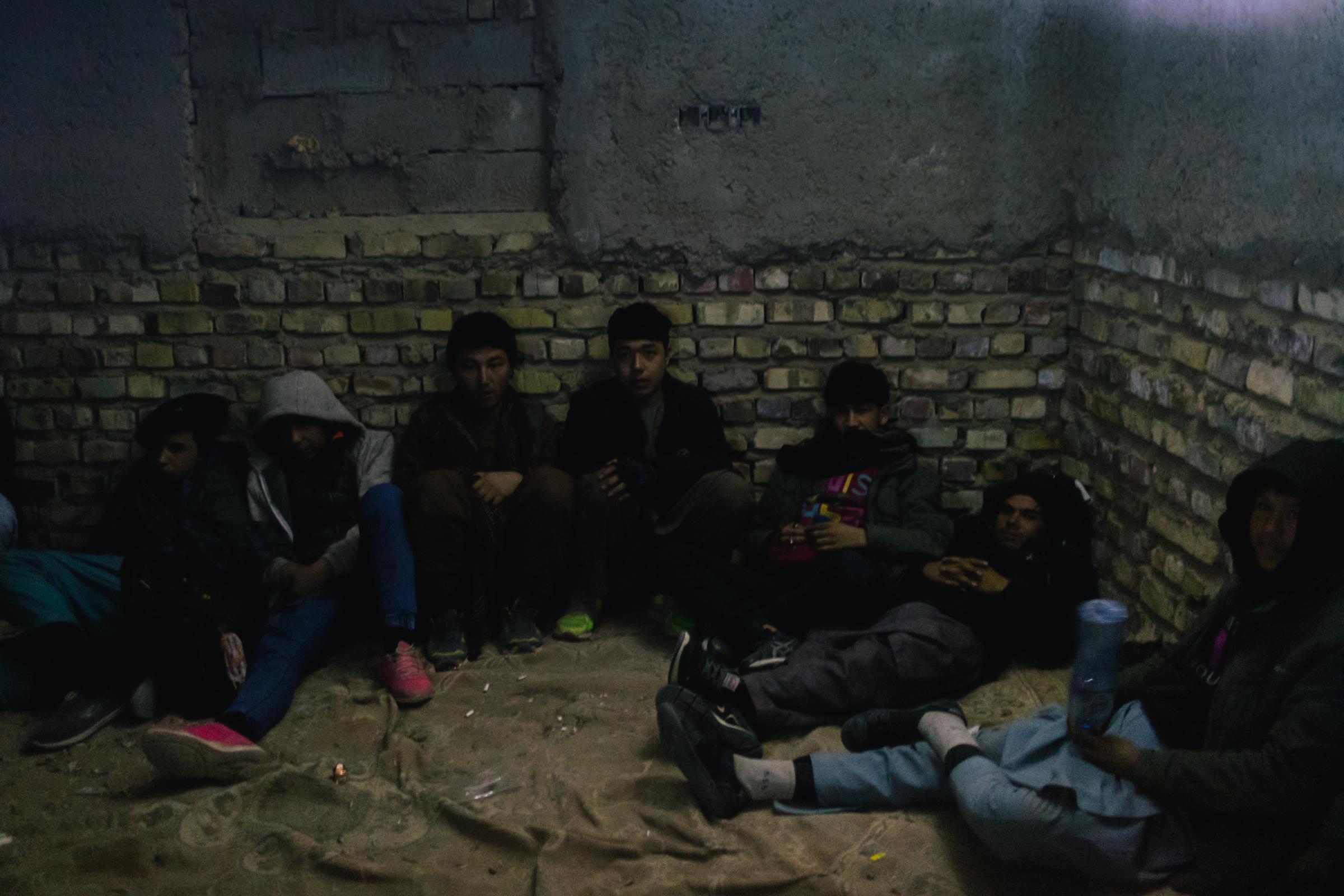 A few hundred yards from the Iranian border away, a group of young Afghans wait in a safe house for the green light to cross. 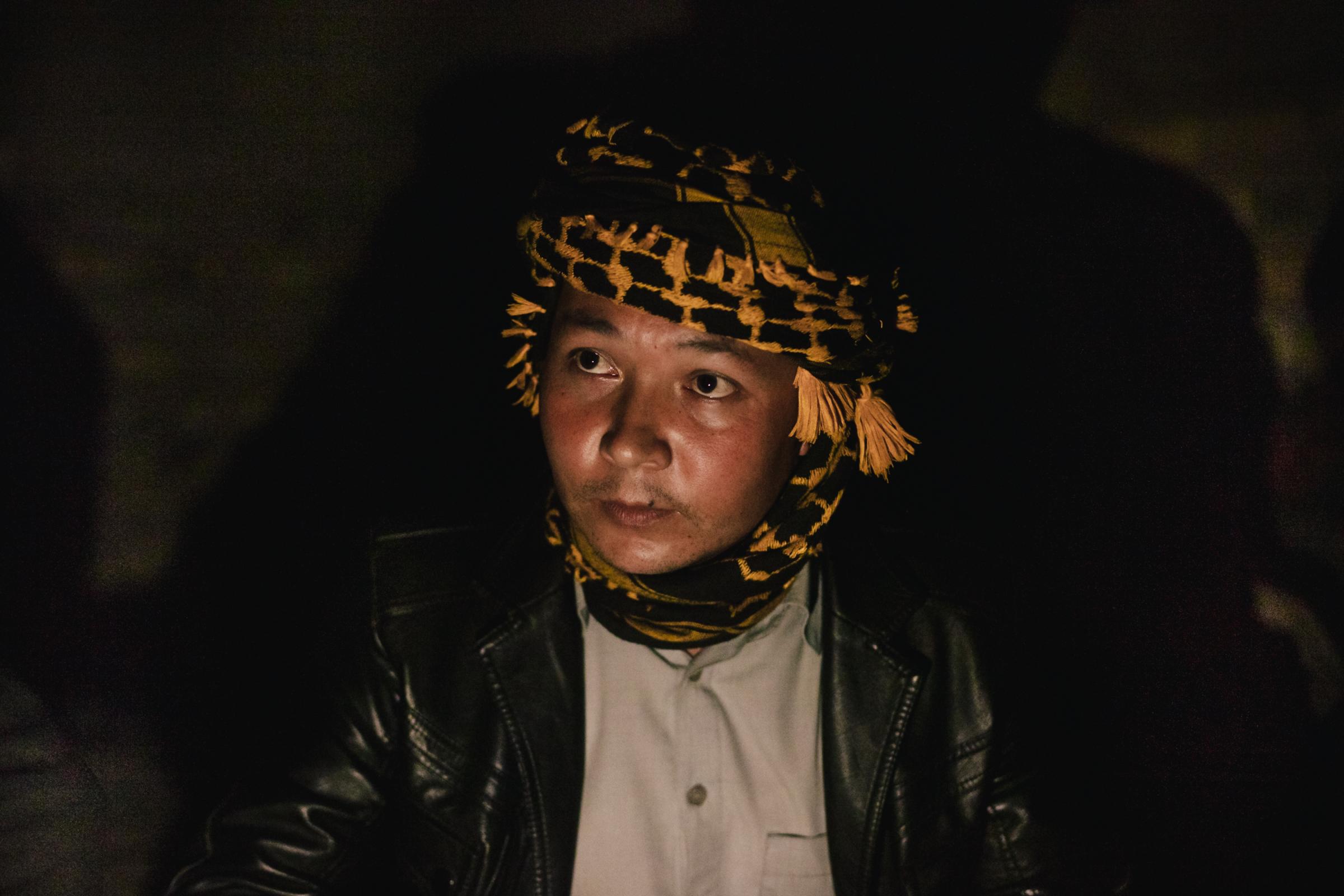 Nasrullah, a tailor from Herat hopes to make it to Turkey through Iran. 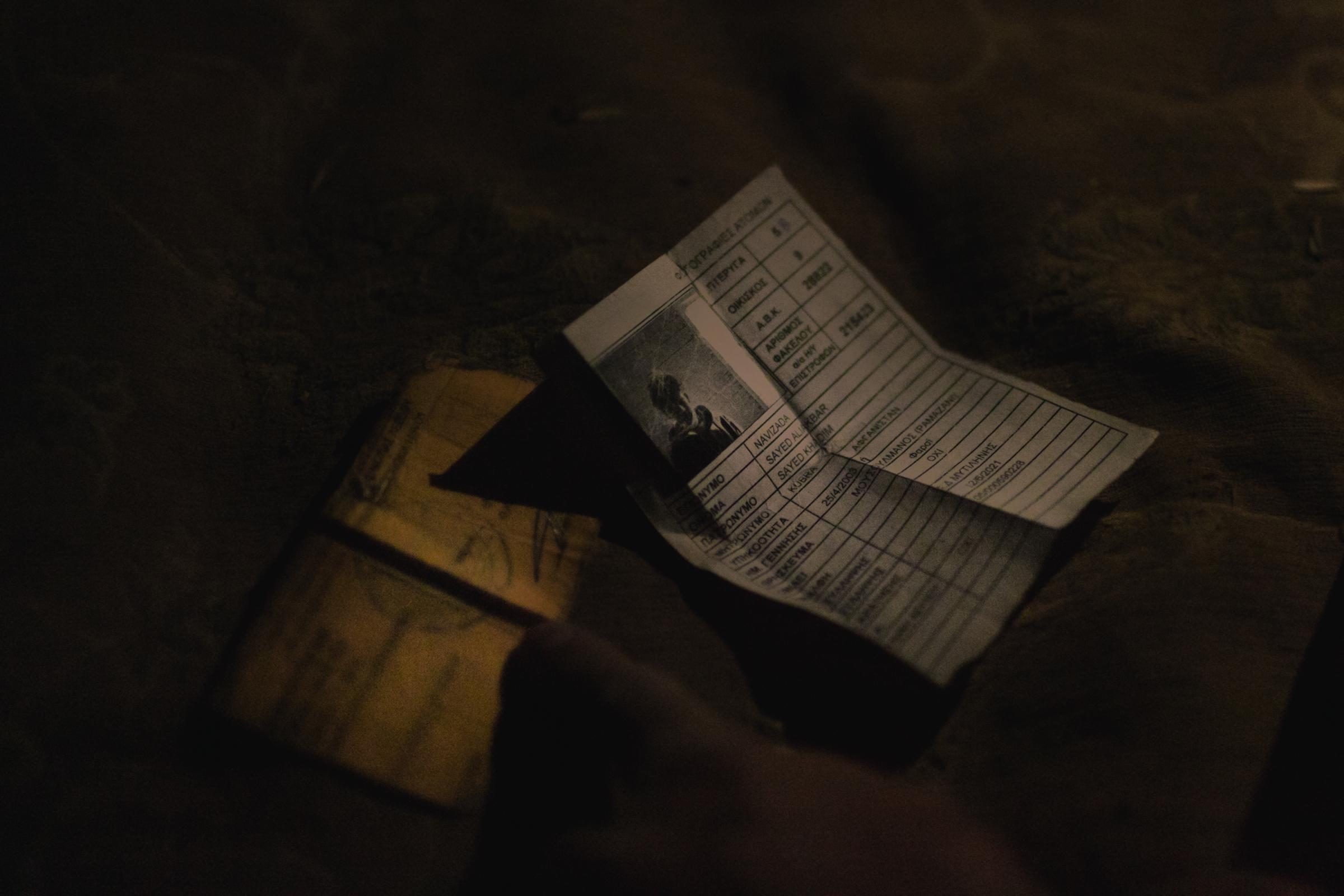 Papers of seventeen year old Akbar, who had been already on Lesvos and learning Greek before he got deported back to Afghanistan. 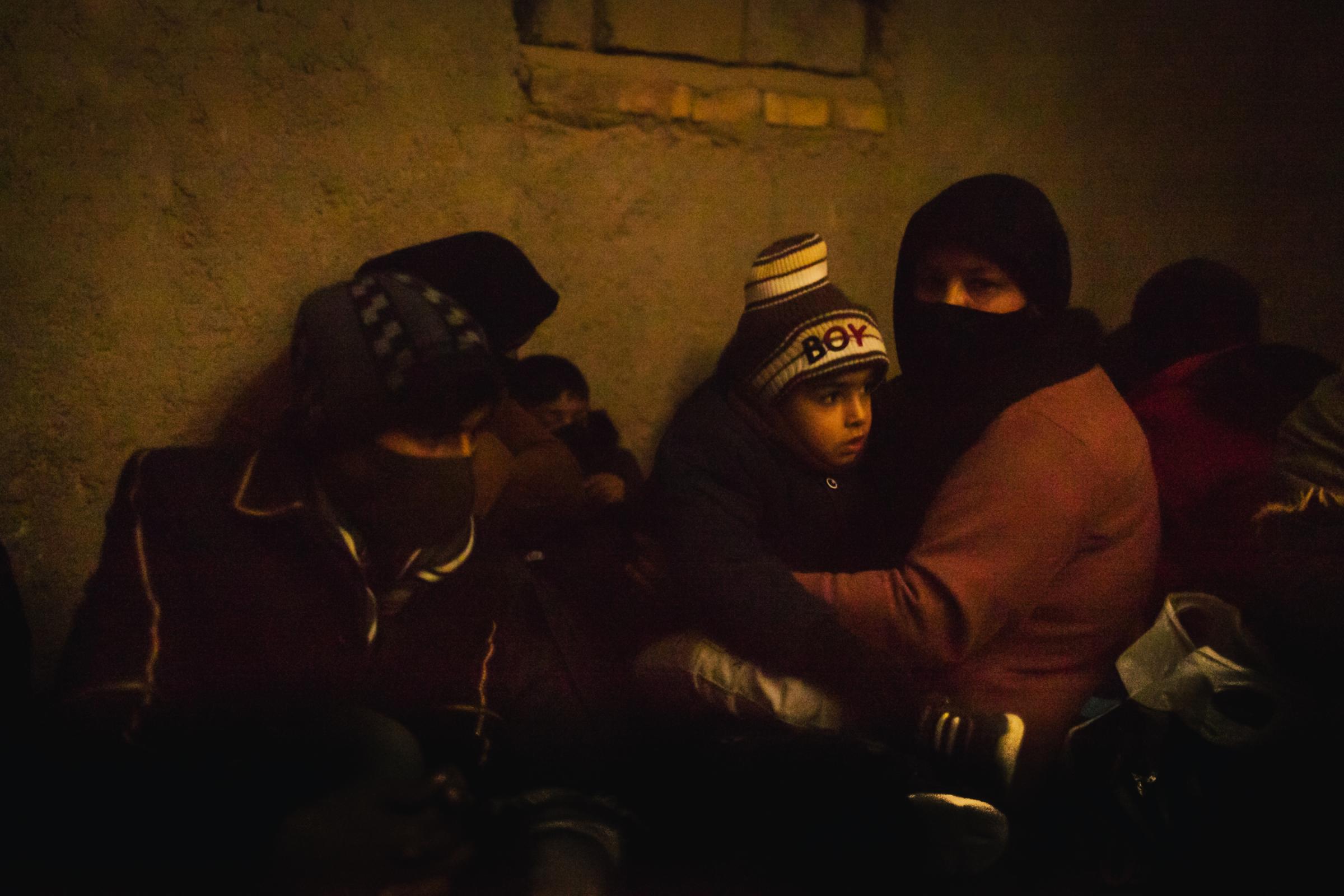 Mariam from Kunduz with her children in a safe house. 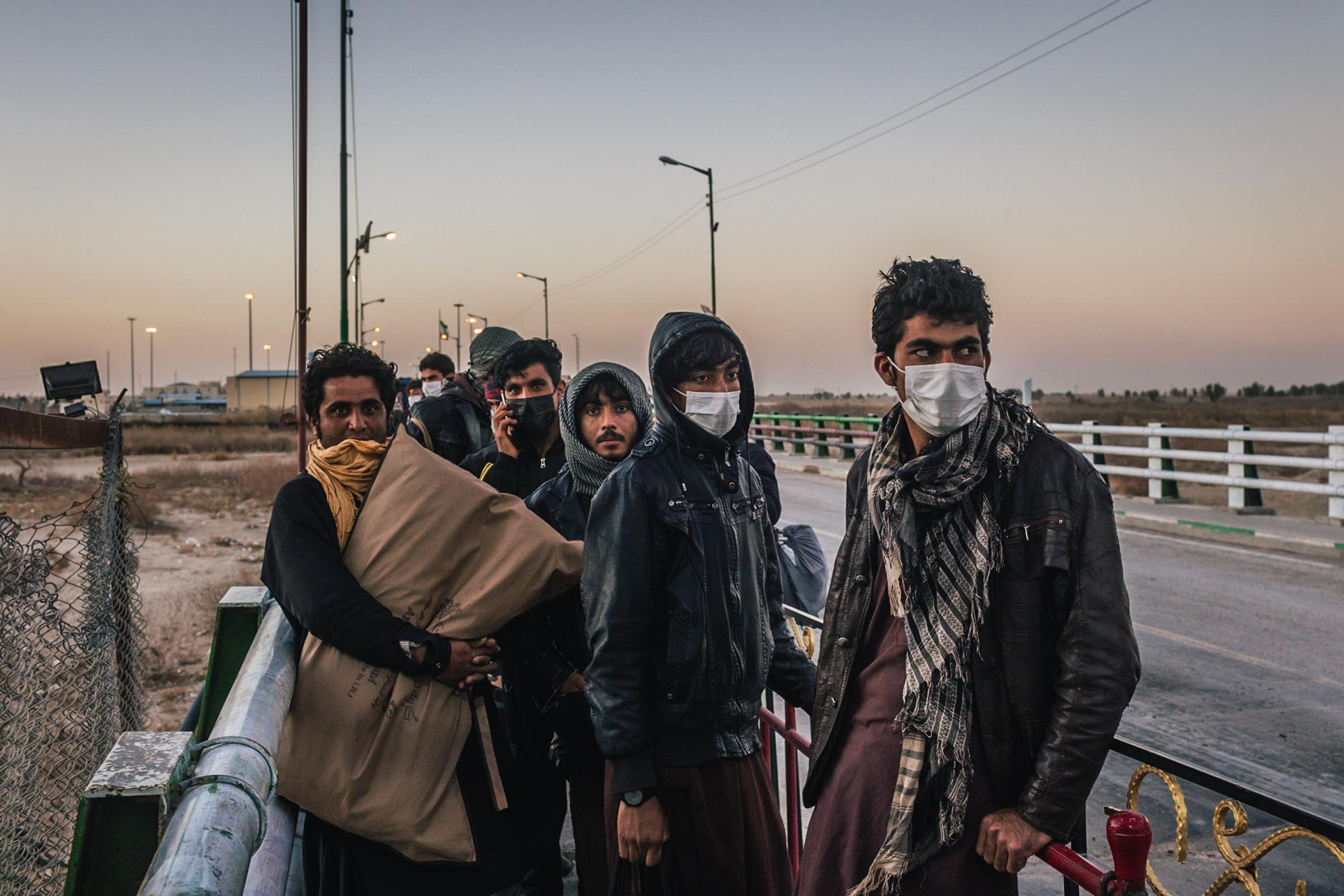 A group of Afghan deportees from Iran on the official border crossing. 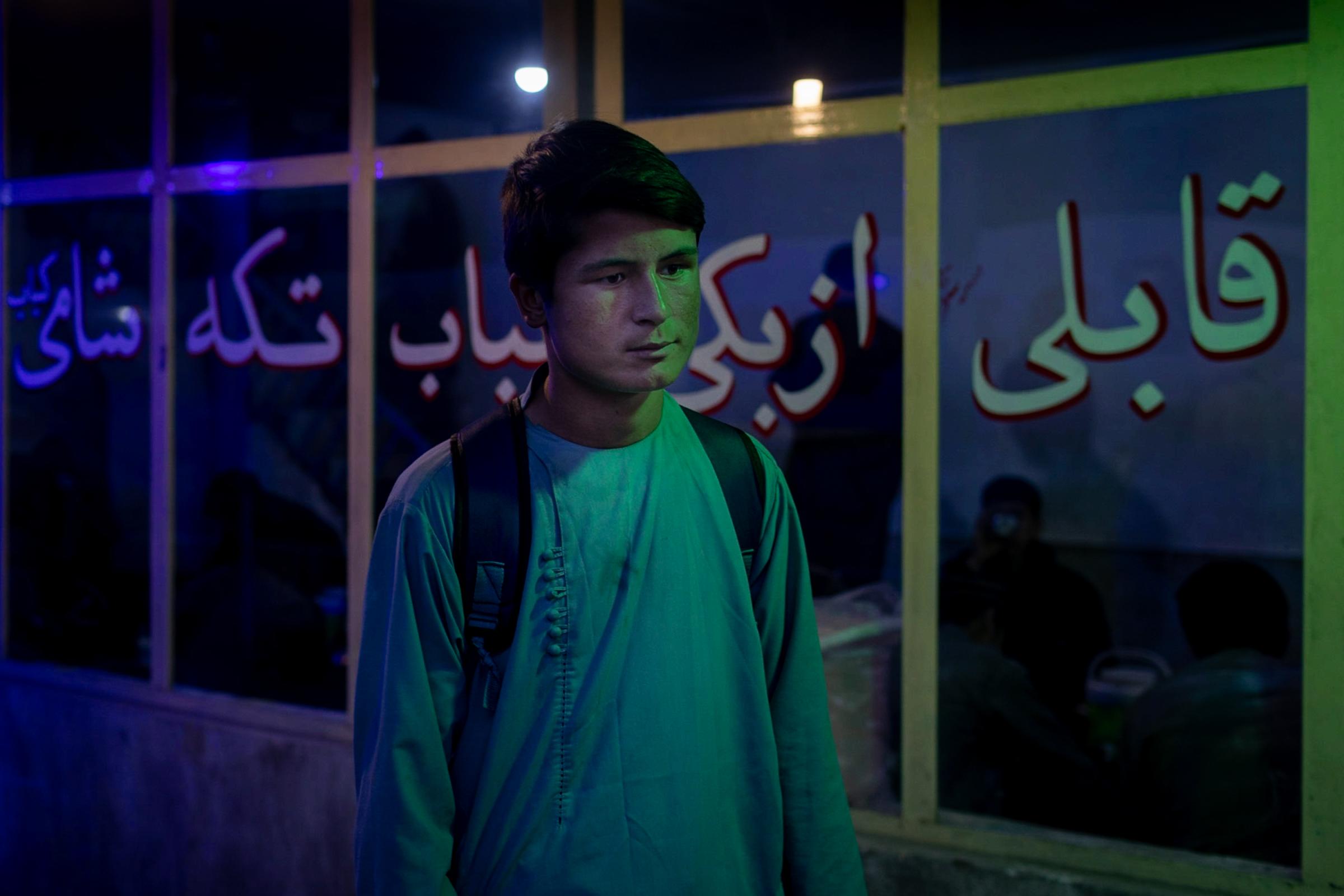 Shahabeddin, 17, from Kunduz stands at the bus station of the company area in Kabul. After trying several times to cross the border from Afghanistan to Iran in Nimruz, he had to return to his home province. 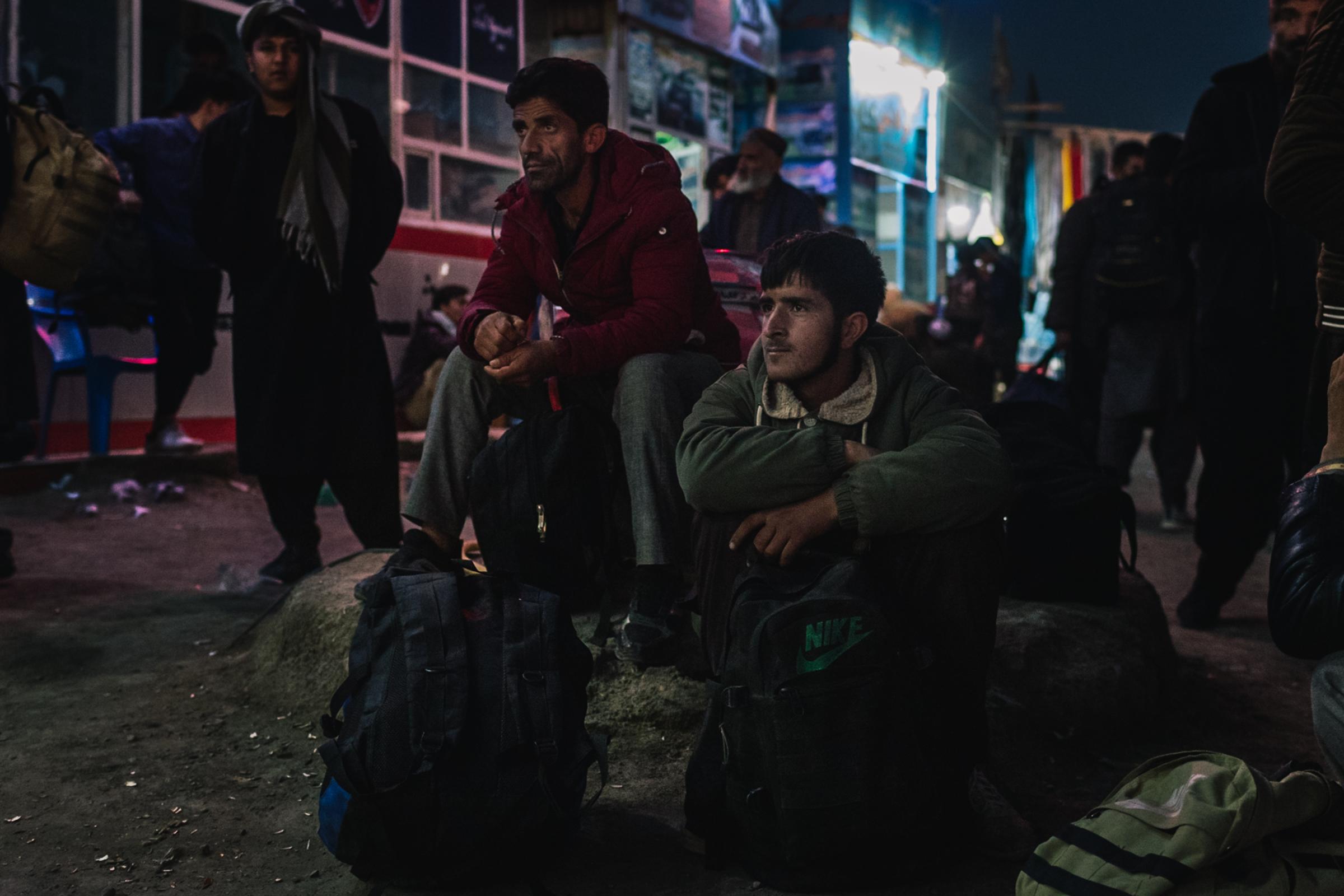 Afghan refugees at the bus terminal in Zarandj. 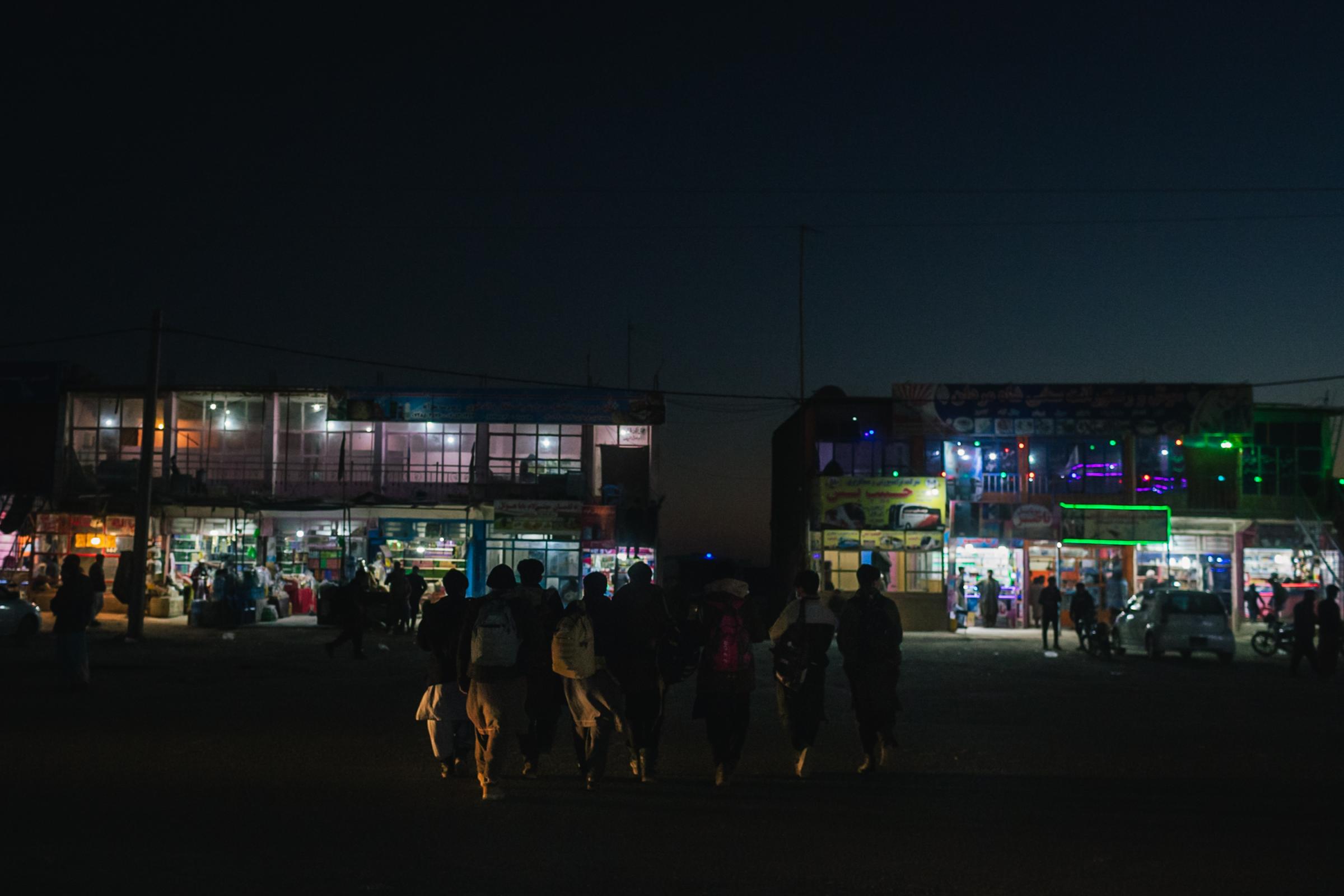 A group of young Afghns walks through the bus termin of Zarandj.

Freelance Photojournalist based in Kabul, Afghanistan.